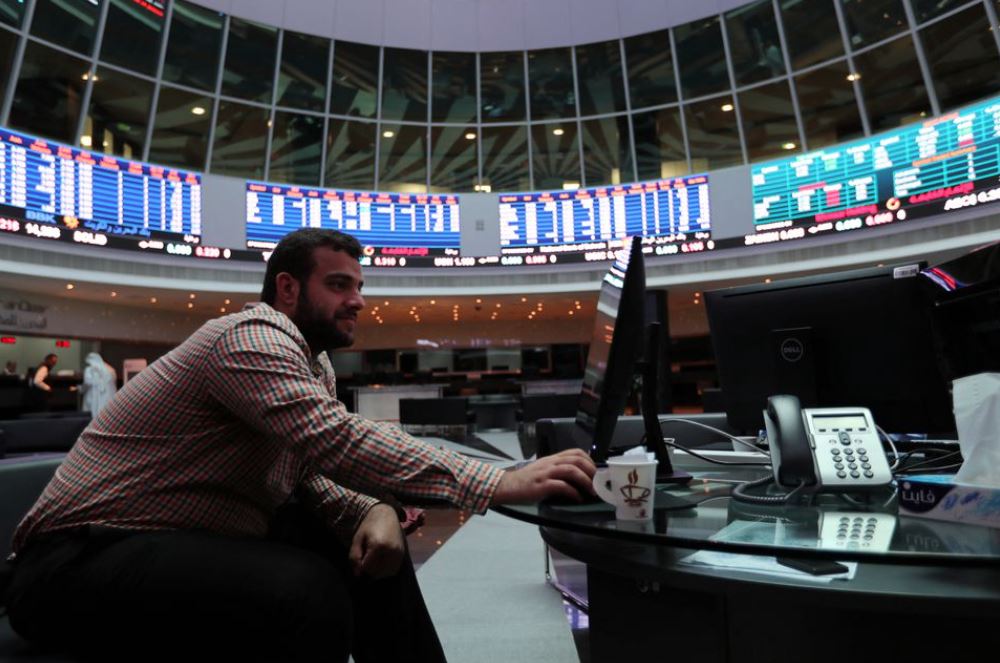 A trader looks at the screens at Bahrain Bourse in Manama, Bahrain, February 7, 2018. (Image credit: Reuters)

UAE stock markets had mixed fortunes as they shifted to a new Monday to Friday working week to better align with global markets.

The UAE announced last month it would move to a Saturday-Sunday weekend from the start of 2022.

It has taken measures in the past year to make its economy more attractive to foreign investment and talent.

"The change in trading days could give the two markets an edge over other bourses in the region," Wael Makarem, senior market strategist at Exness, said.

In Abu Dhabi, the index fell 0.2 per cent on Friday, extending losses for a fourth session, hit by a 1.1 per cent drop in its largest lender First Abu Dhabi Bank.

In November, Dubai announced plans to launch a 2 billion dirham ($545 million) market-maker fund and initial public offerings of 10 state-backed companies as part of plans to boost activity on the local bourse.

The listing plans are aimed at making Dubai a more competitive market against bigger bourses in the region, such those in Saudi Arabia and neighbouring Abu Dhabi, that are seeing larger listings and strong liquidity.