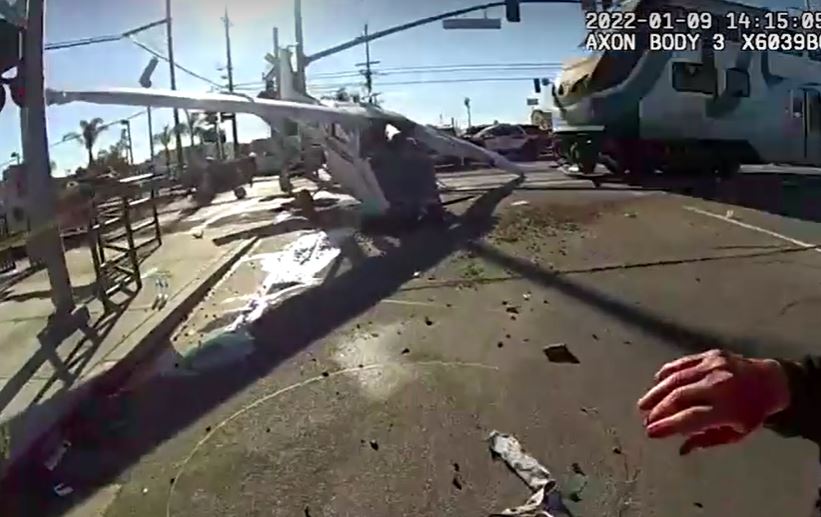 The pilot of a crashed aircraft in Los Angeles was brought to safety by police seconds before a train collided into it on Sunday (January 9).

Body camera footage showed a group of police officers pulling the bloodied pilot out of the downed Cessna that had landed on a level crossing near Whiteman Airport, before dragging him across the ground as the train arrived.

The pilot was the sole occupant of the aircraft that crashed shortly after takeoff and was transported to a regional trauma centre by paramedics, according to an update by the Los Angeles Fire Department (LAFD).

No one on board the train was injured, local media reported.