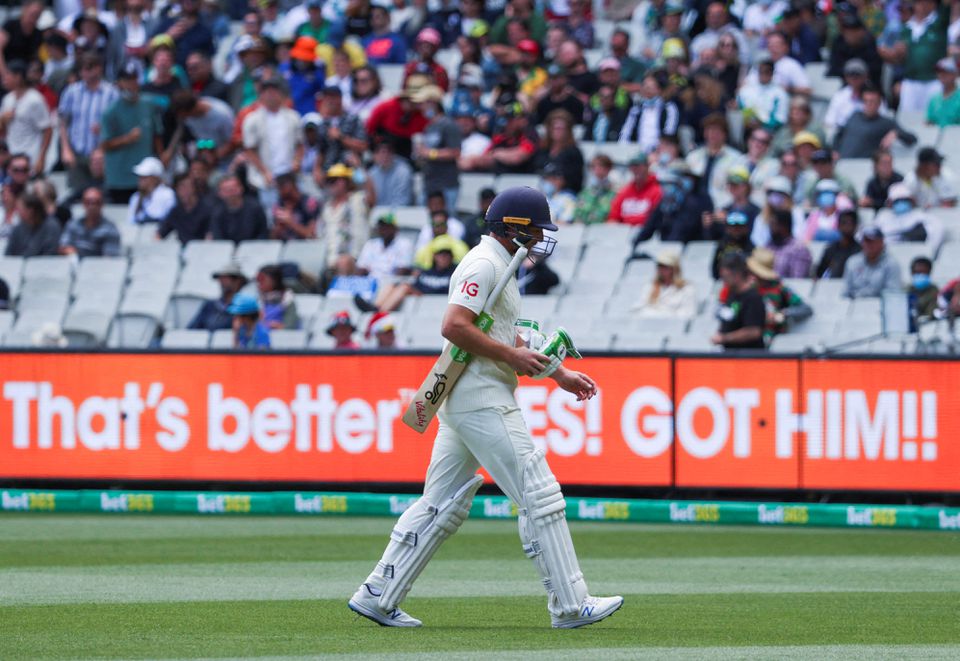 England's Jos Buttler will miss the fifth and final Ashes test against Australia in Hobart with a finger injury, skipper Joe Root said after the visitors eked out a thrilling draw in the fourth match in Sydney on Sunday.

England's bruised middle order and their obdurate tailenders combined to bat out the final day of the test amid nerve-racking drama to deny Australia their fourth consecutive victory in the series. read more

All-rounder Ben Stokes who has a side strain and centurion Jonny Bairstow who injured a thumb during the match are also doubtful for the Hobart test beginning on Friday.

"We'll have to make some further assessments but Jos Buttler's going to have to fly home and won't take any further part on the tour," Root told a news conference.

The team later said in a statement that both Stokes, who managed two half-centuries in the match despite the pain, and Bairstow, whose 113 is the only hundred by an Englishman so far in the series, would travel to Hobart where they would be assessed.

England have added Sam Billings to their squad and the 30-year-old is currently isolating in the team hotel.

Head coach Chris Silverwood and bowling Coach Jon Lewis will also reunite with the squad having both recovered from Covid-19.

Root said he felt an "overwhelming" sense of pride at the result that followed heavy losses in Brisbane, Adelaide and Melbourne.

"I think a lot of the guys could see a number of players hurting physically, and still putting in a huge amount and in many ways, it lifted the rest of the group," said Root.

"It's a small step forward...to be able to sit here having drawn (the match) was always going to take a good performance and I'm really proud of the way the guys dug in, and managed to do that."

"Clearly a lot of emotion knocking around, a big sense of pride. It's an overwhelming feeling at the moment..."