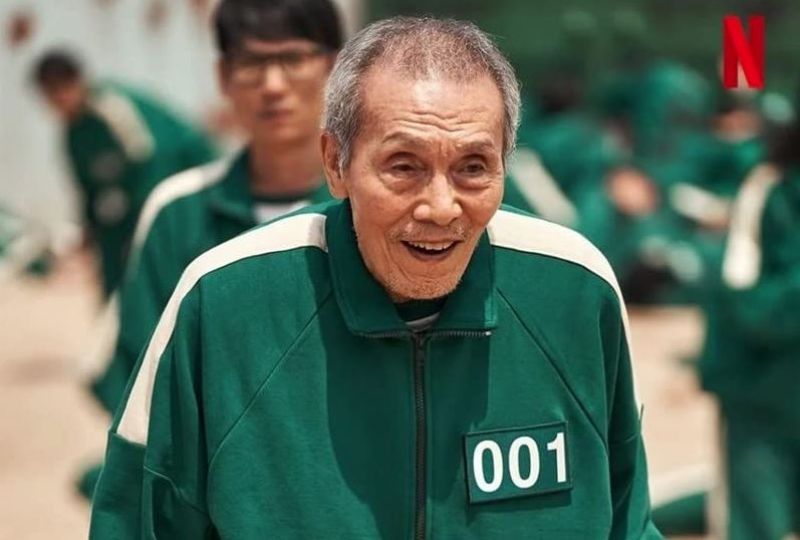 O Yeong-su in a scene from the show 'Squid Game'

South Korean actor O Yeong-su won the country's first Golden Globe award on Sunday for his role in Netflix hit "Squid Game", drawing cheers at home and abroad despite criticism for the ceremony's organisers over a lack of diversity.

O, 77, won best supporting actor in television for his portrayal of Oh II-nam, also known as The Host or Player 001, becoming the first South Korean ever to snatch a Golden Globe.

He beat more globally renowned competitors including Billy Crudup and Kieran Culkin, who were respectively nominated for their performances in The Morning Show and Succession.

"After hearing the news, I told myself for the first time, 'you're a nice dude,'" O said in a statement released by Netflix.

"It's no longer us within the world, it's the world within us. Embracing the scent of our culture and the love for my family, Thank all of you in the world. I wish you a beautiful life."