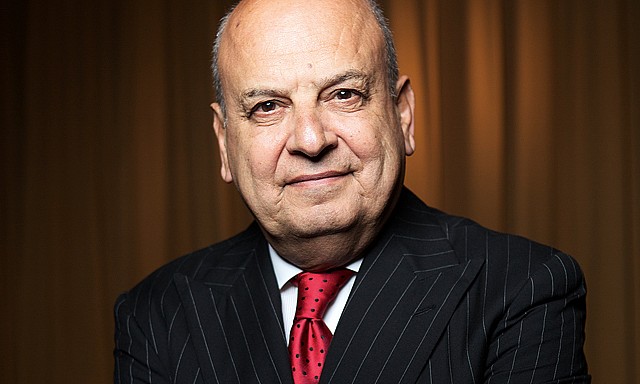 It did not surprise me much that Nationality, Passports and Residence Affairs (NPRA) Under-Secretary Shaikh Hisham bin Abdulrahman Al Khalifa recently gave directives related to the facilitation of processing all types of visas, especially for visitors of conferences or events that require fast processing of paperwork.

He said that the NPRA strategic plan aims to provide visitors, businessmen, and investors with the best services and facilities, and stressed the importance of promoting co-operation between the government and the private sector to meet the regional transparency policies.

Shaikh Hisham recognises the concerns of business owners and the challenges they face. He understands that time is a critical factor for them, particularly for owners of tourist facilities and workers in the hospitality sector, or companies organising exhibitions, conferences, events, and business services offices.

Facilitating visa procedures has become a battleground between nations in the region and throughout the world. Countries seek to attract the greatest number of tourists, visitors, businessmen, and foreign investors and offer them the best amenities available.

Indeed, many countries entered the challenge of providing approval of the visa application within one day or perhaps one hour.

This is a critical matter from an economic standpoint. It represents a valuable resource for the state, as visas are not free, and visitors’ longer stay means they will spend more money. Many countries understand that the entry of foreigners is a significant source of national income, whether for tourism, study, treatment, or the establishment of a business.

Considering today’s technology, the tourist may simply organise his vacation by using mobile applications and websites that provide him with the best airfare rates, hotels, and tourism programmes, and, of course, he searches for countries with the most rapid and easy procedures for granting entry visas.

The new 2022-2026 tourism strategy for Bahrain has established several main premises, the most important of which is “Visa Facilitation” as a basic pillar to achieve the ambitious goals of this strategy. It targets the arrival of 14.1 million visitors to Bahrain for tourism by 2026 and boosts the tourism sector’s contribution rate to the GDP by 11.4 per cent by the same year.

Visa facilitation is meant to stimulate not only tourism, but also investment and business. This, I believe, lies at the core of the government’s newly-announced economic recovery strategy. Furthermore, it is a cornerstone for the success of Bahrain’s massive infrastructure projects, such as Bahrain International Airport and the planned exhibition city in Sakhir, which will be the largest of its type in the region.

Such measures will result in greater commercial openness and economic growth opportunities in Bahrain, which have taken their lead from the strategic vision of His Royal Highness Prince Salman bin Hamad Al Khalifa, Crown Prince and Prime Minister. This is in addition to creating an investment climate and facilitating the completion of business and commercial transactions quickly and easily, attracting more investments and creating more job opportunities.

We also cannot urge expediting entry procedures without emphasising security, which is our priority. Without a doubt, there will be no prosperity or development without security and stability. Security concerns in targeted countries such as the GCC have grown considerably, because of people attempting to enter these countries illegally to work, or others who intend to sabotage the countries such as terrorists and extremists.

However, in response to the growing security issues, technical and information systems capable of monitoring, tracking, and detection have emerged. Iris scanners, facial recognition cameras, and artificial intelligence algorithms that can forecast and warn of accidents before they happen are examples of this.

Security agencies have also improved their ability to recognise dangerous people through a variety of methods such as monitoring their social media activities. The security system now recognises every passenger’s affiliation, orientation, beliefs, criminal record, and other important matters at the touch of a button. All of this has resulted in enhanced technologies that have, on the one hand, helped regulate security and, on the other, sped up and simplified entry procedures.