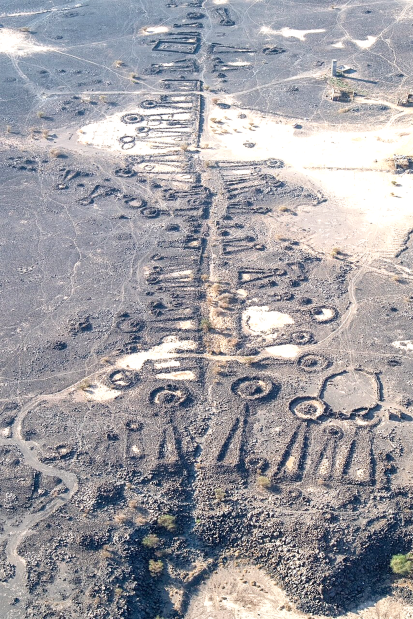 A team from University of Western Australia (UWA) led the mission as they discovered funerary avenues over an area of at least 160,000sqkm in north-west Arabia.

They recorded more than 17,800 ‘pendant’ tombs in their primary study areas of AlUla and Khaybar, of which around 11,000 formed part of funerary avenues.

The finding adds to the steady progress by archaeologists working under the auspices of Royal Commission for AlUla (RCU) in understanding the hidden story of the ancient kingdoms and earlier societies of north Arabia.

“The research by the UWA team and our colleagues working across AlUla and Khaybar shows how important the archaeology of this region is for our understanding of the Neolithic and Bronze Age across the Middle East,” said project director Dr Hugh Thomas.

“Our findings demonstrate that these structures linked various populated oases, situated across a vast area, and that the funerary avenues were established around 4,500 years ago.”

The RCU has embarked on a 15-year masterplan, The Journey Through Time, to restore AlUla and parts of Khaybar as a leading destination for cultural heritage.