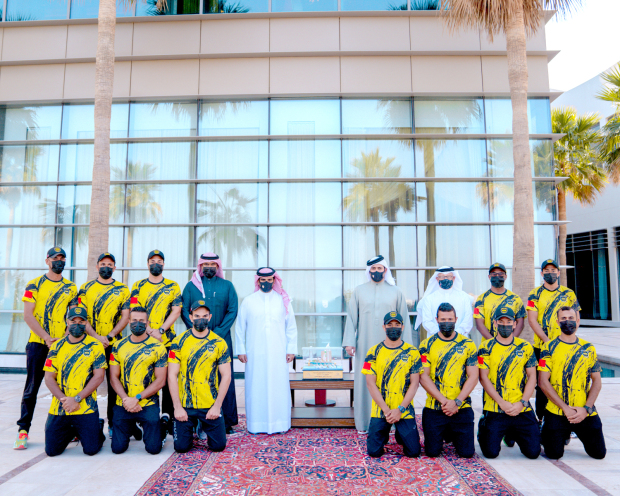 Shaikh Khalid bin Hamad congratulated the team on the victory, praising their strong determination to win the title and honour the kingdom.