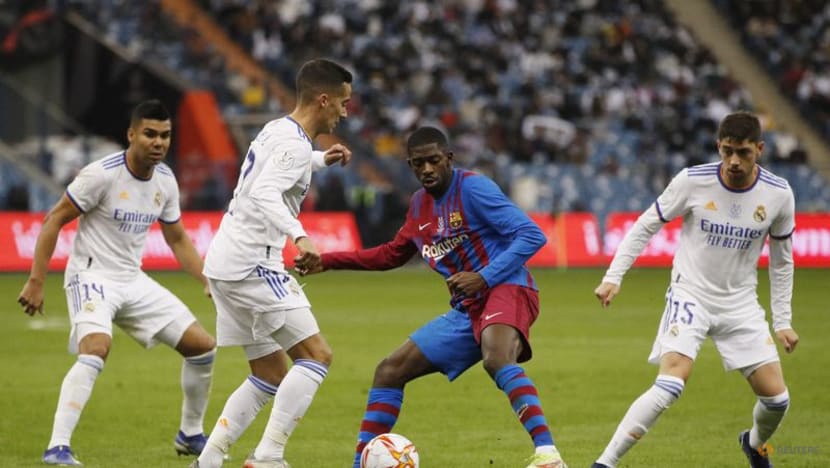 Federico Valverde finished off a stunning move in extra time to give Real Madrid a 3-2 victory over rivals Barcelona in an exhilarating Spanish Super Cup semi-final in Saudi Arabia last night.

Real advanced to Sunday’s final and will face the winner of today’s clash between tournament holders Athletic Bilbao and LaLiga champions Atletico Madrid in Riyadh.

Vinicius Jr opened the scoring for Real from a counter-attack early in the first half, but Luuk de Jong equalised shortly before halftime.

Karim Benzema put Real back in front 25 minutes into the second half, striking home on the rebound from inside the area, but a header by substitute Ansu Fati took the game into extra time.