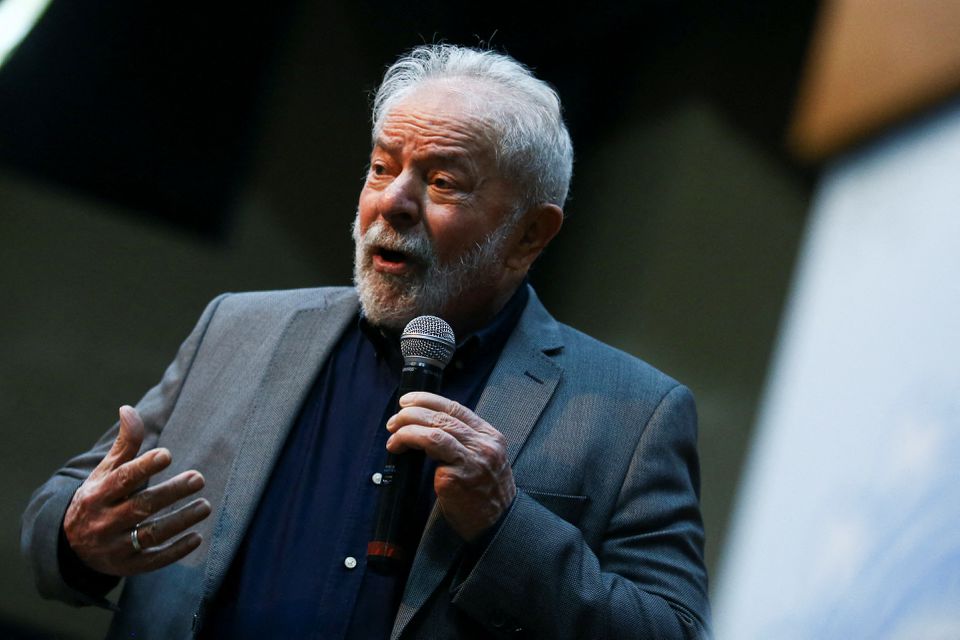 If the election were held today, Lula would win 41% of votes against 24% for Bolsonaro, according to the survey by polling firm Ideia, published late on Thursday by business weekly Exame.

In the previous poll last month, 37% of those surveyed said they would vote for Lula and 27% for Bolsonaro. Neither politician has formally declared his candidacy in what is expected to be a highly polarised race.

Lula, who governed Brazil from 2003 to 2010 and was later jailed on corruption charges that were eventually overturned, would defeat Bolsonaro or any other candidate in a second-round vote, the Ideia poll showed.

Another poll published on Friday by broker XP Investimentos confirmed Lula's clear lead, with voter support at 44% for Lula and 24% for Bolsonaro. That survey by polling firm IPESPE showed Lula pulling ahead in a runoff, with a 25-point advantage (56% versus 31%).

Lula has gained significant ground in regions where Bolsonaro was stronger, including southern and midwestern Brazil, when respondents were asked in an unprompted survey of whom they would vote for without a list of names, Ideia director Mauricio Moura said.

More than half the electorate view Bolsonaro's government negatively, while less than an quarter see it as good or great, Moura said.

Former judge Sergio Moro, who quit as Bolsonaro's justice minister in 2020 and is preparing to run for president on an anti-corruption platform, has strengthened his place as the third candidate, with 11% support, the poll showed.

Still, a third candidacy rivaling Lula and Bolsonaro remains "embryonic," Moura said, with Moro, Gomes and Doria together gathering less than 10% of the vote in an unprompted survey.

Ideia surveyed 1,500 voters by telephone on Jan. 9-13. The poll has a margin of error of 3 percentage points up or down.