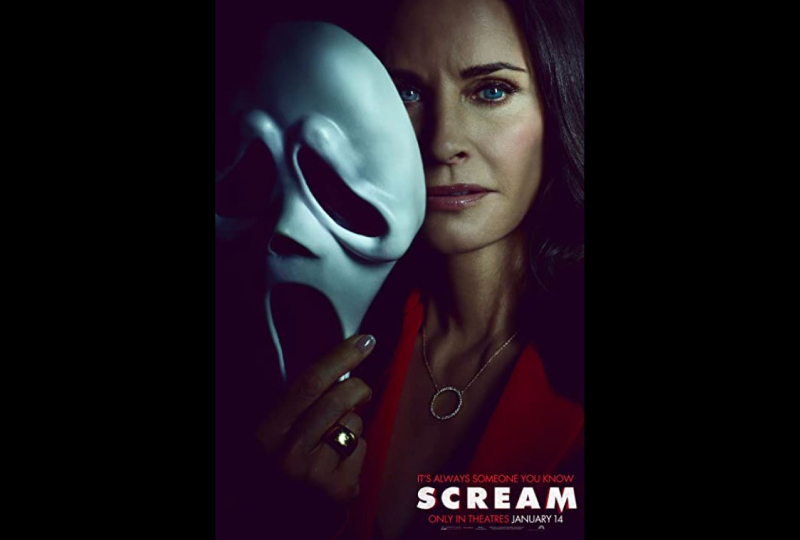 "Scream," a reimagining of a horror franchise that appeared to have run out of steam, dominated the box office, earning a scary good $30.6 million.

The sequel is projected to earn $35 million over the four-day Martin Luther King Jr. holiday weekend, a spectacular result considering that "Scream" only cost $25 million to produce. It also represents some positive news for the bruised and battered cinema industry, considering that "Scream's" success comes amid a spike in Covid-19. It helps that "Scream's" target demographic is younger, which means that they may not have been as spooked by the highly contagious omicron variant that is fueling the latest iteration of a seemingly endless pandemic. Paramount and Spyglass Media backed the reboot, which marks the first new chapter in the "Scream" series in a decade and shares a title with the 1996 original -- the "Scream" saga is apparently so over integers. The film also brings back familiar faces such as Neve Campbell, Courteney Cox and David Arquette, who are once again haunted by a serial killer in a Ghostface mask. "Scream" debuted in 3,664 locations.

And while Sony's "Spider-Man: No Way Home" was forced to surrender its box office crown for the first time since it opened in December, the superhero sequel still managed to put up some superb results. The film is projected to have a four-day result of $26 million. With more than $700 million in the bank, "Spider-Man: No Way Home" will now become the fourth-highest grossing domestic release in history, behind only "Avatar" ($760 million), "Avengers: Endgame" ($858 million) and "Star Wars: The Force Awakens" ($936 million). The popularity of the film is so out-sized that it was even name-checked during "SNL" this weekend with President Biden urging people to stop seeing "Spider-Man" in order to check the spread of omicron.

The opening weekend result for "Scream" is in the neighbourhood of the inaugural results for other pandemic era horror hits such as "Halloween Kills" ($49.4 million debut and "A Quiet Place Part II" ($47.5 million). It also represents a major improvement on 2011's "Scream 4" which opened to a dispiriting $19.3 million. Unlike other movies released during Covid, "Scream's" low budget means it will have some impressive profit margins -- films like "Shang-Chi and the Legend of the Ten Rings" and "No Time to Die" have led the box office, but their high cost meant they lost money during their theatrical releases at a time when ticket sales are depressed.

Matt Bettinelli-Olpin and Tyler Gillett direct "Scream," taking over the series from its founder Wes Craven, the horror maestro who died in 2015. Melissa Barrera, Jenna Ortega, Jack Quaid and Dylan Minnette round out the cast of the horror sequel.

Universal and Illumination Entertainment's "Sing 2" captured third place on the domestic box office chart, earning $8.3 million. The film is projected to earn $11 million over the four-day holiday, which will bring its haul to $122.1 million. Another Universal release, "The 355," nabbed fourth place, earning $2.3 million. The spy thriller is a commercial dud. It will end the four-day weekend with $2.8 million, which will bring its haul to a disastrous $8.9 million. Don't hold your breath for "The 356."