The McLaren team at the BIC in Sakhir

Brown... F1 should be comprised of ‘true constructors’

The top Formula 1 teams are holding the sport hostage and preventing it from becoming more competitive and exciting, according to the Bahrain-owned McLaren’s team boss.

In an in-depth open letter, Zak Brown has spelled out his grievances about the current business models and moves by rival teams to influence decision-making within F1’s governing body, FIA.

“The current governance structure of the sport enables a situation where some teams, to protect their own competitive advantage, are effectively holding the sport hostage from what’s best for the fans and therefore the sport at large,” Brown noted in the letter.

He went on to blast top teams of using the business model of customer teams to set up “A and B teams.”

“Without a correction, the way things stand mean that any team with championship aspirations needs to have a B team in place and that simply is not Formula 1.”

According to Brown, the top echelon of motorsport should be comprised of ‘true constructors’ and must design and produce most performance relevant parts themselves. 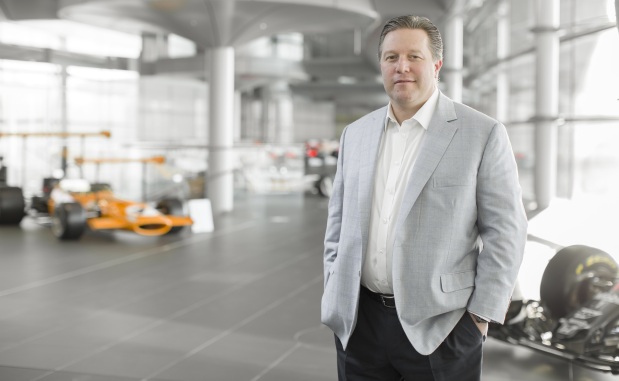 He also lamented the influence that top teams have on the voting by their customer teams, saying that teams, in general, have too much power when it comes to developing and enforcing FIA regulations.

“It is the teams who applied the pressure to avoid finishing races under a Safety Car at all costs,” he noted, alluding to the contentious end to the 2021 season, where the ending of the Safety Car ended up favouring Red Bull’s Max Verstappen to come out on top and win the drivers’ championship.

“It is the teams who voted for many of the regulations they have complained about. It is the teams who have been using the broadcasting of radio messages to the race director to try to influence penalties and race outcomes, to the point where an over-excited team principal plays to the gallery and pressurises race officials. At times it’s felt like a pantomime audition rather than the pinnacle of a global sport.”

Brown also took issue with top teams lobbying for an increase in the cost cap to compensate for damage taken during the newly-introduced sprint races. They are demanding a recognition for the risks that a team runs during an event that was not foreseen when the regulations were originally drawn up.

In 2021, there were three sprint races – shorter 100km-long battles with no pitting held in advance of the weekend’s grand prix – at Silverstone, Monza and Interlagos.

The upcoming 2022 F1 season will see six sprint races, the first of which will be held at the Bahrain International Circuit (BIC), followed by Imola, Montreal, Austria, Zandvoort and Interlagos.

“The Saturday sprint race initiative by Formula 1 has added new viewers and raised the profile of the sport to expand its global fan base,” Brown added.

“However, (certain) teams continue to demand a raise to the cost cap by an inordinate amount of money, despite the clear evidence that little damage was incurred during these races last year, in a thinly veiled attempt to protect from their competitive advantage being eroded.

“These teams seem unable to accept that a budget cap is in the best interests of the sport and cannot kick their habit of spending their way to the front.”

Brown expressed his hope that the sport can be more competitive under the new regulations set to be implemented this year, lauding the role that Bahrain has played in making the Middle East ‘a key strategic partner of Formula 1.’

The new technical regulations present one of the biggest resets the sport has seen, he continued, noting that the revisions increase the ‘unpredictability of the competitive order as we head to the first round in Bahrain’.

Mumtalakat, the kingdom’s sovereign wealth fund, is the largest shareholder of the McLaren Group. Brown welcomed the addition of two new venues to the Formula 1 calendar in countries that will be part of the fabric of the sport for many years to come.

“The agreements for us to race in Qatar and Saudi Arabia are a credit to the hard work of new Formula 1 CEO Stefano Domenicali and his team,” he added. “Both races held under floodlights were a dramatic spectacle and offered drivers a thrilling challenge behind the wheel. Ever since Bahrain became a regular fixture on the calendar in 2004, the Middle East has become a key strategic partner of Formula 1 and we look forward to further co-operation with the region.”

Brown also highlighted the strong year that the team had, noting the four podiums taken by Lando Norris and his first pole position, as well as the Monza victory by Daniel Ricciardo.

Monza was also the site of the team’s first 1-2 finish in more than a decade and 220 races, and Brown expressed his confidence that the team could carry forward this momentum into the upcoming season.