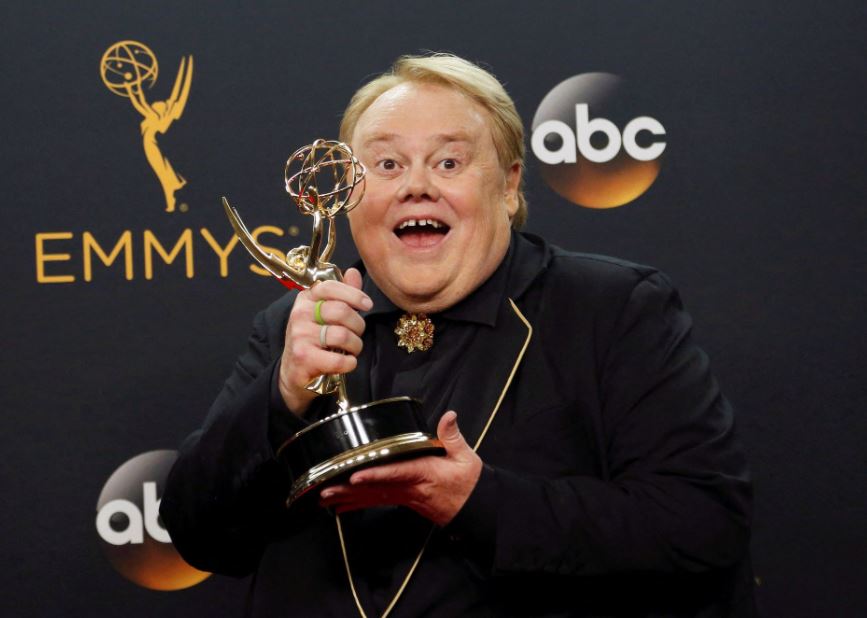 Actor Louie Anderson poses backstage with his award for Best Supporting Actor in a Comedy Series for his role on the FX series "Baskets" at the 68th Primetime Emmy Awards in Los Angeles, California U.S., September 18, 2016. (Reuters Photo)

Louie Anderson, a three-time Emmy Award winner, comedian and game show host, died on Friday morning after a battle with cancer, his publicist told Deadline. He was 68.

The star of the comedy series "Baskets" died in Las Vegas, where he was admitted into a hospital earlier this week for treatment of diffuse large B cell lymphoma, publicist Glenn Schwartz told the entertainment publication.

Anderson was nominated for three Primetime Emmy Awards for outstanding supporting actor in a comedy Series, winning one in 2016 for his role as Christine Baskets on the FX series.

He also won two Daytime Emmys for outstanding performer in an animated program for "Life with Louie," a program that aired on Fox in 1997 and 1998.

The Saint Paul, Minnesota, native was a counselor to troubled children before he got his start in comedy when he won first place in the Midwest Comedy Competition in 1981, according to Deadline.

Anderson was in Eddie Murphy's 1988 cult classic "Coming to America." He also hosted "Family Feud" from 1999 to 2002 and starred in several situation comedies over the last two decades.