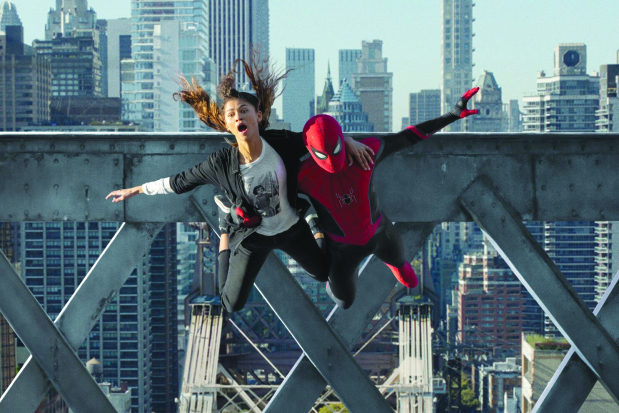 Sony’s comic book adventure has become the sixth-highest grossing movie in history with $1.69 billion at the global box office (not adjusted for inflation). It passed Jurassic World ($1.67bn) and The Lion King ($1.66bn) to secure that spot.

Now in its sixth weekend of release, Spider-Man: No Way Home returned to the No 1 slot in North America, adding $14.1 million between Friday and Sunday, along with $27.7m overseas.

The superhero epic, starring Tom Holland as Marvel’s neighbourhood web-slinger, opened in December and has generated $721m at the domestic box office and $970.1m internationally.

Outside of the US, where No Way Home ranks as the fourth-biggest movie ever, Spidey’s latest adventure has done especially well in the UK – Holland’s birthplace – amassing $116m to date. Other top-earning territories include Mexico with $73.4m, South Korea with $60.6m and France with $59.9m.

It’s notable that No Way Home has managed to shatter records and smash expectations without playing in China, which is the world’s biggest movie-going market.