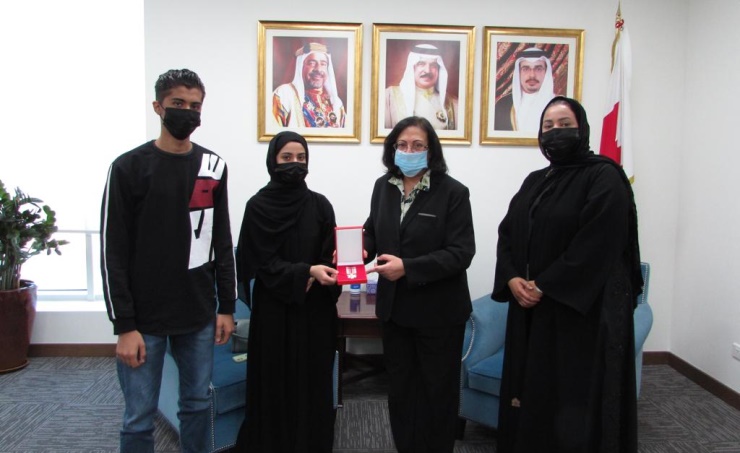 Health Minister, Faeqa bint Said Al-Saleh, has expressed the pride of His Majesty King Hamad bin Isa Al Khalifa and His Royal Highness Prince Salman bin Hamad Al Khalifa, the Crown Prince and Prime Minister, in the dedicated national efforts exerted by all the health competencies in the frontlines of the fight against the novel Coronavirus and the great sacrifices they are making to safeguard the kingdom’s health security. The minister was speaking while receiving Mohammed and Fatima, the son and daughter of the late Jaffar Mohammed Ali Al-Damistani, who was working in the Covid-19 isolation centre in the Elderly Care Hospital in Muharraq, and deserved the “Prince Salman bin Hamad Medal for Medical Merit” in recognition of the tireless efforts he had made for the sake of the nation .