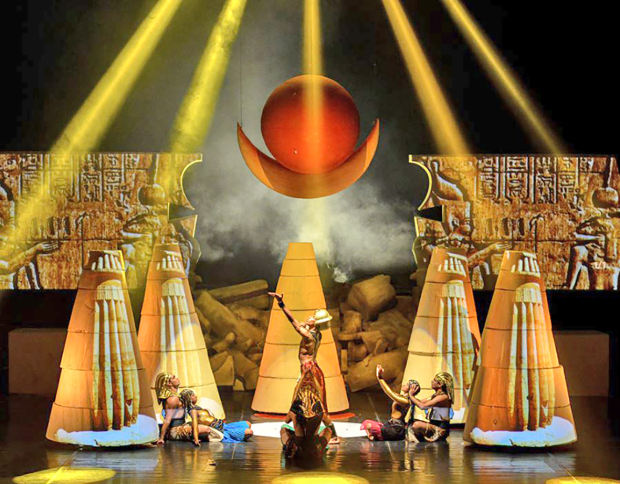 Akhenaten will evoke an ancient pharaoh of Egypt named Akhenaten

Everyone’s favourite festival, the Spring of Culture is back, with yet another instalment of fun for the whole family.

‘Akhenaten... Dust of Light’ will kick off the festivities tomorrow, which is also Arab Tourism Day.

The performance will evoke an ancient pharaoh of Egypt named Akhenaten, an exceptional historical figure who stirred up controversy throughout his lifetime.

Choreographed and directed by Walid Aouni, the show is a door into history, embodying the personality of this pharaoh, his relationship with his contemporaries and his life mission launched over 3,000 years ago, through expressive contemporary dances and theatrical scenes seeking to decipher his state of mind.

The event will be held at the Bahrain National Theatre in Muharraq from 8pm onwards.

Tickets are required and the show is open to those aged 16 and above.

A free event celebrating traditional Bahraini music will be held the following day.

Qalali Folk Band boasts a rich, long history stretching back more than 100 years in preserving and promoting the traditional seafaring musical traditions of Bahrain, most notably the Al Fjiri genre of the Qalali village in Muharraq.

The musical event will be at Dar Al Muharraq from 8pm onwards.

A solo exhibition by artist Ebrahim Khalifa opens on Sunday.

One of the artworks by artist Ebrahim Khalifa

Through this event entitled, ‘Woman between reality and fantasy’, the artist aims to highlight women and their beauty in all its forms.

The show will continue until March 13 and is available for daily viewing from 9am to 8pm at the Art Centre in Muharraq.

The role of enlightened media in preparing for the Arab renaissance will be the focus of a lecture by Khaled Al Rushd on Monday.

The Syrian-Russian journalist was born in Moscow and is a programme presenter on Russia Today.

He graduated from the Institute of Asian and African Countries at Moscow State University in 2002 and obtained a master’s degree in 2004.

He has held several positions in media organisations in Russia and abroad over his career and published several works on the topic of comparative religion.

He will be lecturing at the Abdullah Al Zayed House for Bahraini Press Heritage from 8pm onwards.

Entry to the event is free and it is suitable for those aged 16 and above.

Another solo exhibition begins next month at the Art Centre in Muharraq.

‘Visual Memoirs: Between Figuration and Abstraction’ is an exhibit by artist Rashed Al Araifi in recognition of his work winning the second place at the Bahrain Annual Fine Art Exhibition in 2020.

The showcase is a body of work which acts as a visual response to urban behaviour, social practices and cultural customs in Bahrain.

The event will go on from March 1 to March 29 and is open to the public from 9am to 8pm daily.