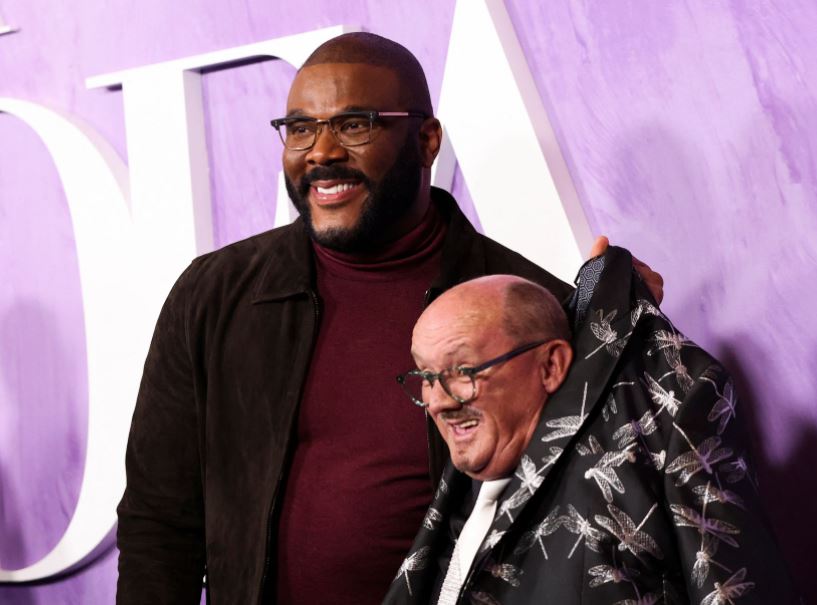 Tyler Perry and Brendan O'Carroll attend a premiere for the film A Madea Homecoming in Los Angeles, California, US, February 22, 2022. (Image credit: Reuters)

When two cross-dressing matriarchs across the Atlantic collide, the comedy goes global in 'A Madea Homecoming' on Netflix.

Madea is the feisty, wise-cracking old woman who has been portrayed on film by Tyler Perry since 2005, while Agnes Brown of hit Irish sitcom 'Mrs Brown's Boys' has been the alter ego of Brendan O'Carroll since 2011.

"We got together - our birthdays are a few days apart," Perry said in an interview at the movie premiere in Los Angeles. "It's a match made in heaven or in hell, depending on who you ask."

"I think this pandemic, we need a laugh," O'Carroll recalled Perry as saying to him. "I said, 'I'm on board. Count me in.'"

While both franchises have been critically panned, they are loved by audiences - and the actors.

"It was a very, very funny experience to be in, because I'm like, 'This is literally Madea of the UK,'" said Brandon Black, who plays Madea's great-grandson.

In the film, Black's character, Tim, returns from college with friend Davi (Isha Blaaker) in tow. What was supposed to be a celebration becomes mired by hidden secrets and family drama.

Netflix will stream the film, which Perry also wrote, produced and directed, globally on February 25.

This is the first time O'Carroll's sitcom is going beyond Ireland, the United Kingdom, Canada, New Zealand, Brazil and Mexico.

"You just go wow, this is genuinely and really worldwide," O'Carroll said.