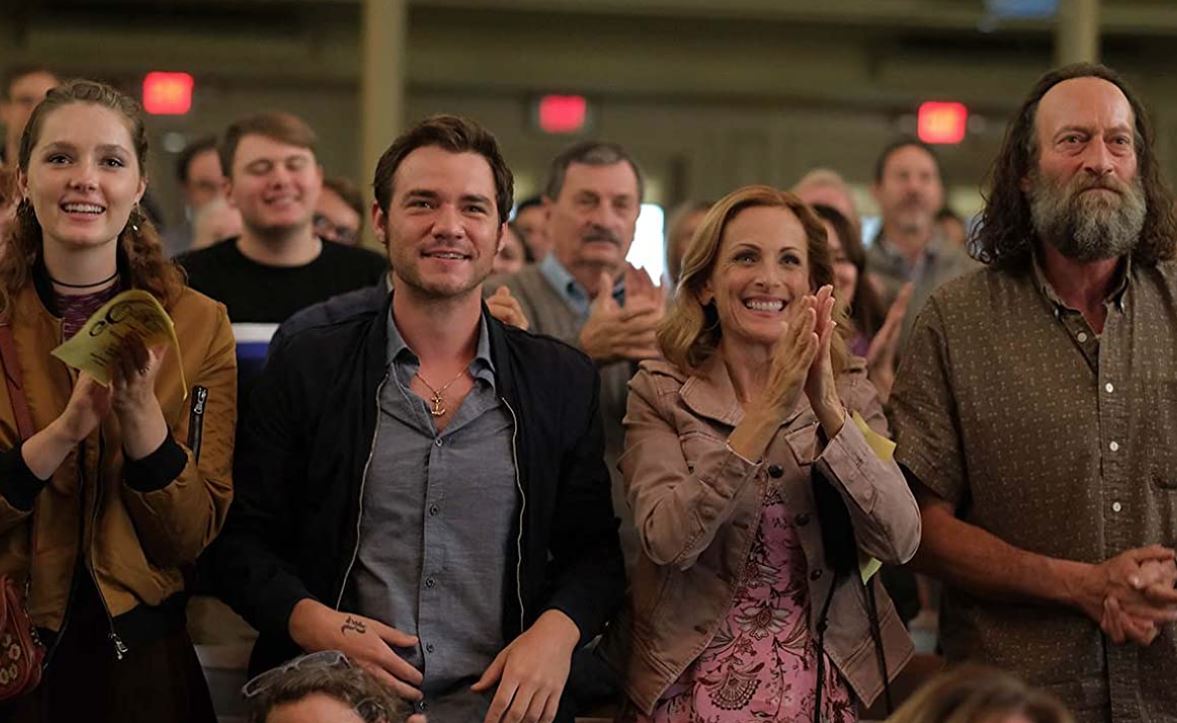 A scene from the film.

'Coda,' a coming-of-age drama about the only hearing member of a deaf family, won the Screen Actors Guild's (SAG) top film award, raising its chances of success at next month's Oscars ceremony.

The movie, which Apple TV+ acquired at the Sundance Film Festival for $25 million, follows the story of a small-town girl who pursues her dream of becoming a singer.

The film, directed by Sian Heder, cast deaf actors Marlee Matlin and Troy Kotsur as parents of the young performer, played by Emilia Jones. Kotsur also won the award for male actor in a supporting role.

"We deaf actors have come a long way," said Matlin, speaking through an interpreter.

The SAG awards, chosen by members of the SAG-AFTRA acting union, are closely watched because actors form the largest voting group in the Academy of Motion Picture Arts and Sciences, which organises the Oscars.

This year's Oscar winners will be announced on March 27.

The war in Ukraine did not go unnoticed, with actor Leslie Odom Jr.acknowledging the violence at the onset of the ceremony, sending "our thoughts, prayers and hopes for impending peace." It was a recurring theme throughout the night.

'Coda,' an acronym for Child of Deaf Adult, landed the top SAG award - for ensemble cast in a motion picture - over drama 'Belfast,' Kenneth Branagh's semi-autobiographical tale about the Northern Ireland conflict; climate change allegory 'Don't Look Up;' 'King Richard' about the father of tennis legends Venus and Serena Williams; and 'House of Gucci,' the story of the family behind the famous fashion house.

'The Power of the Dog,' which led Oscar nominations with 12 nods, was not nominated by SAG for best cast. The gothic Western did not win on Sunday.

Jessica Chastain won best movie actress for 'The Eyes of Tammy Faye,' and Will Smith was named best movie actor for 'King Richard'.

Among the night's television honours, the fish out of water series about an American football coach hired to coach a British soccer team, 'Ted Lasso,' won for best comedy, and the cast of HBO's tale of money, power and politics, 'Succession' won for outstanding ensemble performance in a drama series.

'Succession's' Brian Cox used his acceptance speech to address the war, lauding the Ukrainian President Volodymyr Zelensky, a former comic, and offering support for Russian actors, who "under pains of high treason" cannot speak out.

Helen Mirren was honoured with a lifetime achievement award.

"I joined our tribe of rogues and vagabonds a long time ago," said Mirren. "And it is you, you actors, that I want to thank."