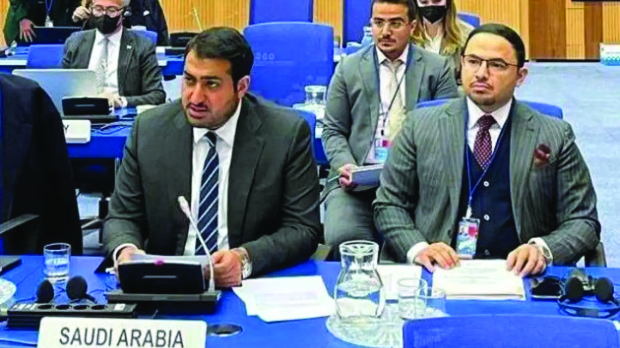 Saudi Arabia has confirmed the establishment of a nuclear energy holding company which will aid in development of nuclear facilities in the kingdom, the Saudi Gazette reported, citing Prince Abdullah bin Khalid, Saudi Arabia’s governor to the International Atomic Energy Agency (IAEA).

The announcement was reportedly made during a speech at the session of the IAEA Board of Governors.

Reports of the Saudi Nuclear Energy Holding Company’s existence has been confirmed in an undated statement available online at King Abdullah City for Atomic and Renewable Energy (K.A.CARE), which is a legally independent research entity that is headed by the Minister of Energy, Industry and Mineral Resources.

One of K.A.CARE’s responsibilities include developing the country’s atomic energy industry.

In addition to kick starting nuclear facilities for producing energy, the holding company will also be used to participate in nuclear economic projects locally and internationally and develop local talent in the field of atomic energy, according to the reported statement made to the IAEA.

Safety in developing a nuclear presence was also highlighted in the governor’s speech, where he reportedly expressed “appreciation for the agency’s (IAEA’s) efforts to enhance nuclear and radiological safety, transport and waste safety, especially in light of the challenges arising from the Covid-19 pandemic.”

The official’s comment comes after IAEA’s head Rafael Grossi revealed on February 16 that it is working with Saudi Arabia to help it develop nuclear power.

Saudi Arabia has vast reserves of uranium ore that it plans to use to develop a nuclear power program, Prince Abdulaziz bin Salman told the Future Minerals Summit in Riyadh in January.