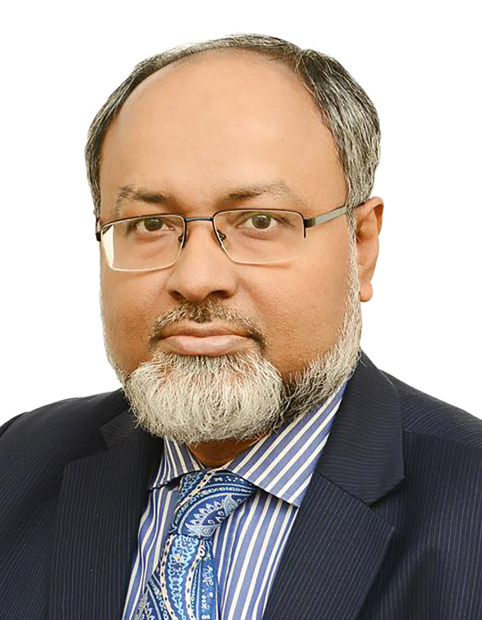 Bangladesh Ambassador Dr Mohammed Nazrul Islam extends his heartfelt greetings to his fellow compatriots living at home and abroad on the 51st anniversary of the National Day.

“On the auspicious occasion of our Independence Day, I, on behalf of the Government and the people of Bangladesh, would convey my greetings to His Majesty King Hamad, His Royal Highness Prince Salman bin Hamad Al Khalifa, Crown Prince and Prime Minister, and to the friendly and brotherly people of Bahrain. I would also express my heartfelt greetings to all Bangladeshi expatriates in Bahrain.

“Bangladesh and Bahrain have a long history of friendship, beginning with the establishment of diplomatic relationships in early 70s. Bangladesh set up a resident diplomatic mission in Bahrain in 1983.

“Under the dynamic leadership of the daughter of the Father of the Nation, Her Excellency Prime Minister Sheikh Hasina, today, Bangladesh is among the five fastest growing economies in the world, ranking 41st in terms of GDP.

“Over the past decade, we have reduced the poverty rate from 31.5per cent to 20.5pc. Our per capita income jumped to more than threefold in just one decade to $2,591. Our foreign currency reserve has reached all-time high to $46 billion.

“Bangladesh has made impressive progress in socio-economic sphere and women empowerment during the last decade. The infant mortality rate has been reduced to 23.67 per 1,000; maternal mortality rate to 173 per 100,000 live births; and the average longevity of people rose to 73 years.

“According to World Economic Forum (WEF), in political empowerment of women, Bangladesh is ranked seventh ahead of its regional neighbours since 2014. Bangladesh is transformed from a rice deficit country to a food sufficient country and that too, with almost three times population rise since independence.

“Today, Bangladesh takes pride in building the largest infrastructure project, the 6.15km double-decked Padma Bridge worth $3.65 billion, which will be open for traffic this year. Other mega-projects include the $2bn ‘Paira Sea Port’, the $2.5bn ‘Dhaka Metro Railway Project’, the 2,400mw Rooppur Nuclear Power Plant worth $11.38bn, the 3.5km ‘Karnaphuli Underwater Tunnel’ worth $2.49bn and the 47.6km Dhaka Elevated Expressway worth $1.5bn.

“Bangladesh’s development story has earned it the reputation in the region as a hotspot for global investment.

“We are very thankful to the Government of Bahrain for their effective measures to contain Covid-19, which has won it international praise. Despite the pandemic situation, we are seeing a revival of the Bahrain economy and the visionary leadership has launched economic revival packages as well as mega-projects worth $30bn. We are hopeful that in these projects, Bangladesh will be able to provide quality and skilled and semi-skilled workforce.

“I see great opportunity to strengthen Bangladesh-Bahrain bilateral relationship. Both nations can work on broadening economic engagement in trade and investment, with joint projects in the field of agriculture, tourism and pharmaceuticals, among others. Bahrain could set up an industrial park in Economic Zones in Bangladesh under BEZA (Bangladesh Economic Zones Authority).

“We also look forward to expanding ties in arts, culture and sports as well as defence collaboration.