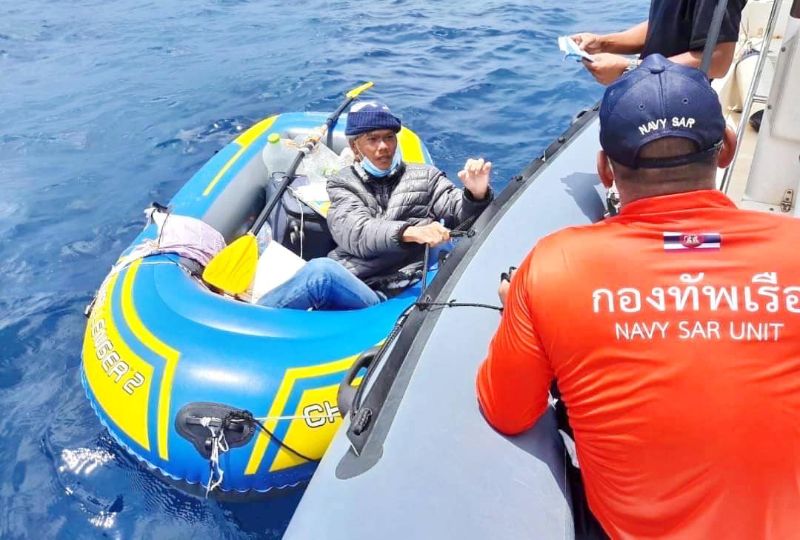 A Vietnamese man tried to row almost 2,000 kilometres from Thailand to India to meet his wife who works in Mumbai.

Ho Hoang Hung was rescued by the Thai Navy on March 23, 2022, after spending 18 days at sea in an ill-equipped inflatable dinghy with no navigation system and with insufficient water and food.

Hung told the Thai Navy that he was compelled to make the risky journey as he was unable to meet his wife for two years due to pandemic restrictions.

The 37-year-old arrived at the Suvarnabhumi airport in Bangkok, Thailand from Vietnam on March 2, hoping to board a flight to India but was unable to get a visa.

He then travelled to Phuket where he bought an inflatable boat and on March 5 and decided to row it all the way to Mumbai.

The Guardian reported that he was unable to make much progress despite rowing for days and could only cover about 80 kilometres off the Thai mainland. He was spotted by a fishing boat and authorities eventually rescued him on March 23, 18 days after he left for his journey.

The Thai Navy posted about the incident on their Facebook page and said, “No matter how big the ocean is it can’t block this man’s true love.”