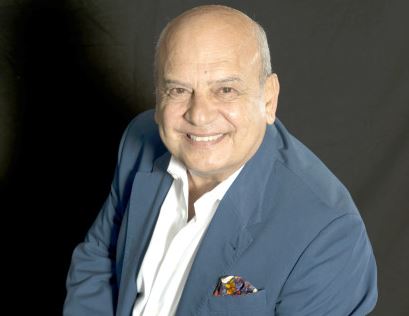 Those who believe Russia will fall in Ukraine are mistaken, as are those who believe China is simply observing the unfolding turmoil and waiting for the West to cut ties with the island of Taiwan.

The battle in Ukraine, or the Russian war on Ukraine, is definitely not progressing as Russia desires. However, Russia will not be humiliated, lose respect, and withdraw from Ukraine without achieving all or most of its objectives.

Russia is paying a high price in Ukraine. It may not have anticipated that the operation would be so prolonged and has also been surprised by the army’s slow advance in response to the Ukrainians’ tenacious fight. Russia failed to consider that this involvement would reignite NATO’s hostility and did not factor in the possibility of it bringing the US closer to the European countries, especially after it seemed that Washington had lost interest in Europe’s security in recent years.

On the other hand, Russia would not have been comfortable with NATO’s continued advance towards its borders, particularly in Ukraine, which is critical to Moscow’s geopolitical and military domain. Vladimir Putin’s regime is not the same as Russia under Mikhail Gorbachev or Russia under Boris Yeltsin in the 1990s.

If the US and Russia had traded places, Washington would not have tolerated the Warsaw Pact’s presence in Mexico or Canada, for example. We still remember the “Bay of Pigs” crisis of the 1960s, when the world feared nuclear war due to the Soviet Union’s placement of missiles in Cuba.

In the light of all the current developments, great attention was given to China’s position on Russia’s military involvement in Ukraine. For China, the issue is exceedingly complicated. It does not want to forsake its partner Russia, but it also does not want to lose the West economically.

I like the West and respect the freedom it has, and I hate communism and regimes that destroy the individual’s personality. The West, on the other hand, did not offer us the ultimate model of good governance. Western democracies have frequently demonstrated their failure by bringing radical racist parties to power. Even Britain is still suffering economically due to the repercussions of its withdrawal from the European Union, a decision based on a free democratic vote by xenophobic Britons.

While China, for example, was able to establish a totalitarian regime in most respects, and place all the country’s resources under the authority of a single party. It has also deprived more than a billion Chinese of their democratic votes. However, we must admit that this ruling brought development and prosperity to China and the Chinese people, in return for a faltering democracy in countries such as India or Pakistan, for example.

The true face of the West has emerged in the Ukrainian crisis, and it is obvious that it applies double standards and prioritises its interests above everyone else. As a result, I feel that the present events should strengthen our unity as Arabs tied by a shared history and destiny, with the ultimate aim of being more powerful in a world that only understands the language of force.