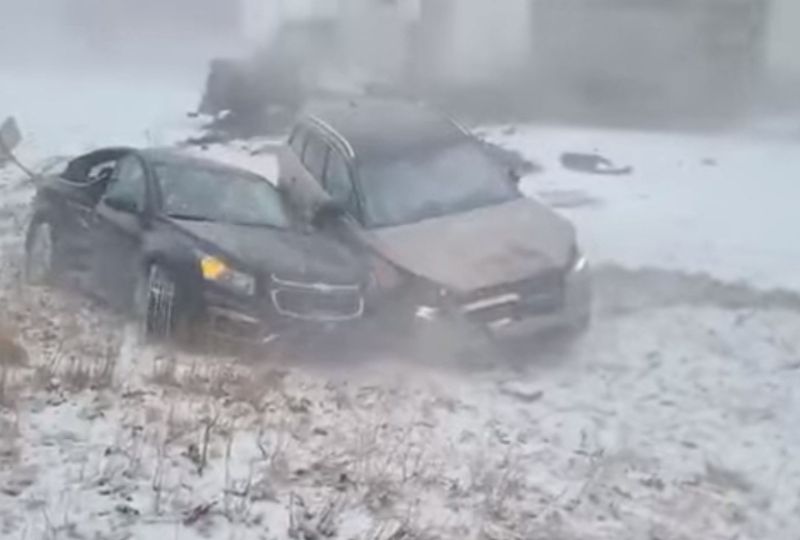 The video of a fiery multi-vehicle crash on a highway in Pennsylvania, US on Monday morning has gone viral.

The pile-up involved about 40 vehicles on Interstate 81, amid a snowstorm that severely impacted visibility and made the road slippery.

Eyewitness video captured a multi-vehicle pileup after a snow squall in Pennsylvania pic.twitter.com/sU8IC2ayU4

The video footage of the incident shows cars and trucks skidding down the road and slamming into each other.

According to reports, the accident left three people dead and 20 injured.