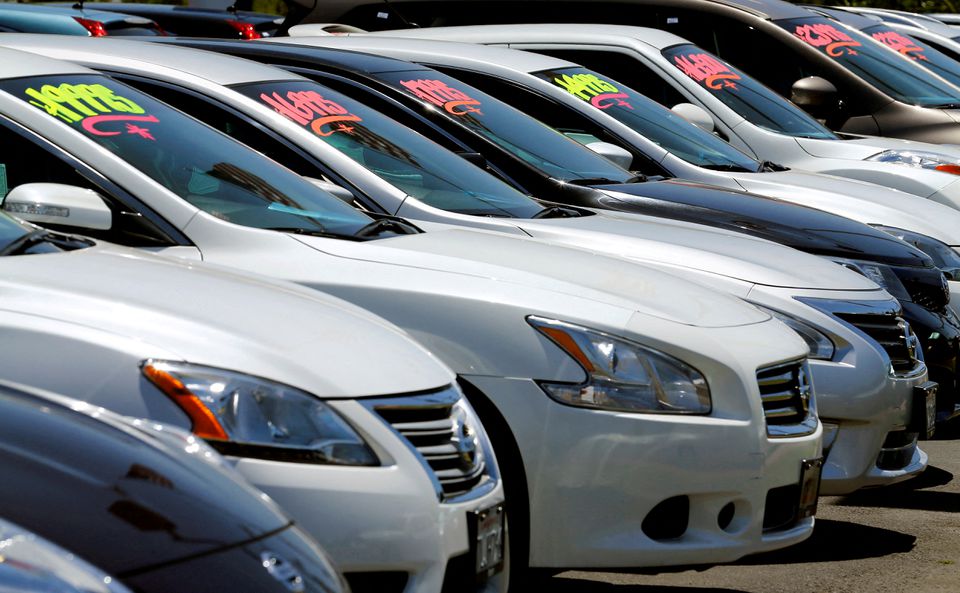 Automobiles are shown for sale at a car dealership in Carlsbad, California, U.S. May 2, 2016. - Reuters File Photo

U.S. automakers on Friday reported a slump in first-quarter domestic sales, as the entire industry was slammed by chip shortages and disruptions to supply chains.

Toyota, which in 2021 upstaged GM as the top-selling automaker in the United States, outsold the company in the first quarter on increased demand for its Lexus hybrid and electric vehicles.

"Skyrocketing gas prices were top of mind for consumers in March, but the lack of inventory is what ultimately depressed new vehicle sales in the first quarter," said Jessica Caldwell, Edmunds' executive director of insights.

She said inventory issues will persist well into the rest of the year as Russia's invasion of Ukraine would add to supply chain challenges.

Jack Hollis, senior vice president of automotive operations at Toyota Motor North America, said he does not expect a major, long-term shift in the U.S. vehicle market – where about three-quarters of new vehicles sold are trucks and SUVs.

Sales of some large SUVs and trucks held up. GM reported sales of its largest and most expensive SUVs, the Chevrolet Suburban, GMC Yukon and Cadillac Escalade, rose during the quarter from a year ago.

GM said improved semiconductor supplies helped production in the quarter, but it expects inventory to remain relatively low throughout the year due to high demand. Automakers are encouraged by the strong U.S. job market.

The company's chief economist said in a statement that "ordinarily, a U.S. economy this strong would translate into light-vehicle sales in the 17-million range.”

U.S. new-vehicle sales in March finished at 1.25 million, with an annual sales rate of 13.33 million, according to Wards Intelligence.