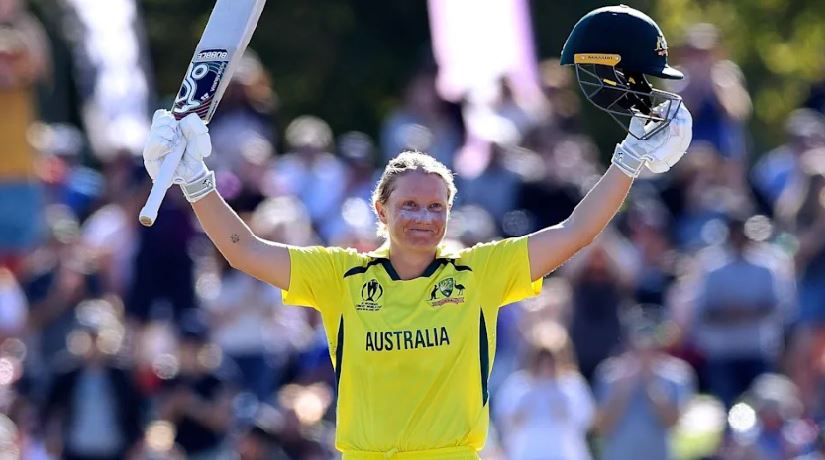 Healy’s belligerent 138-ball innings, the highest total in a World Cup final, helped Australia set a mammoth victory target of 357 at Hagley Oval which proved well beyond England despite a fighting century by Nat Sciver.

Sciver’s unbeaten 148 entertained the crowd but she lacked support from her top order colleagues, and England were bowled out for 285 with six overs to spare.