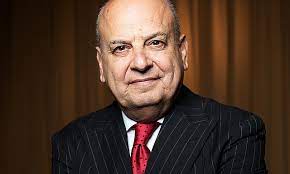 When Washington and the West isolated Russia from the global financial system and denied it access to a substantial portion of its dollar reserves, during the Russian-Ukrainian war, the dollar re-emerged as an effective weapon in the hands of the US. In an attempt to avoid sanctions and prevent the depreciation of the national currency, Russia announced its plan to sell gas to Europe in roubles.

The clever American economists were able to adapt the dollar to all of the world’s banks and markets. Except for this currency, there is no global commerce or commodity exchange between countries. It has surpassed gold as the most valuable asset in central bank reserves throughout the world. In fact, in many nations, such as Lebanon, it has become the most significant and possibly the sole trading currency.

The countries of the world, especially the countries of Asia, South America, and many others, are tired of the dollar restricting their economic freedom, but they know there is no alternative. America dominates the economic arena and there are no competitors. Although they resent this dominance, many of these countries accumulate their foreign currency reserves in dollars. This includes China, which has the largest dollar cash reserve outside the United States, estimated at more than $3.2 trillion. In addition, many countries of the world buy US Treasury bills and bonds, which totalled $7.1 trillion!

This imbalanced and strange global monetary situation has made the dollar more important to many countries of the world, perhaps even more than it is to the United States itself. It is also strange that the United States prints any amount of dollars whenever it wants, under the name of “Quantitative Easing”, which pumps more money into the economy. They did this during the global economic crisis in 2008 and the recent Corona crisis.

Some believe that the real value of the dollar wouldn’t equal even 15 per cent of its current value! That means that if the economic and financial game was fair, the Saudi riyal, for example, would be equivalent to one US dollar and perhaps more. It also suggests that other countries would be able to get three times their imports from the United States for the same value that they pay from their national currency without having to deal in dollars.

It is not only countries that are affected by the dollar’s control, but also individuals. Most investors, businessmen, and even ordinary people accumulate their wealth and savings in the US dollar, which suffers from inflation and a rapid decline in its value due to many reasons.

All of the above enabled the United States to use the dollar as a weapon in sanctions against countries. Unfortunately, the USA either did not understand or did not want to understand, that these sanctions only kill people, not regimes. Syrian people suffered the consequences of these sanctions and are powerless in the face of their regime. These sanctions have also increased the Iranian people’s hunger and submission to the mullahs’ rule, and I do not think that sanctions will succeed in turning the Russian people against Putin.

The economically powerful European countries that participate with the United States in imposing these sanctions form what can be called the ‘Western Front’ across Nato. Since the “Marshall Plan” after World War II, the two sides realize the importance of their military, technical, scientific, cultural, economic, and financial link as well. Even if it appears that the White House has abandoned Europe in some global issues, the Russian-Ukrainian war has once again demonstrated the necessity of this connection.

The globe has been enslaved to the US dollar, which Washington exploits as a weapon to isolate, starve, and humiliate its adversaries. In addition, all attempts to do away with the dollar in commodity trade have failed. Uncle Sam does not hesitate to point out this weapon to his adversaries, and of course, he prioritises his interests over all else, regardless of morality!