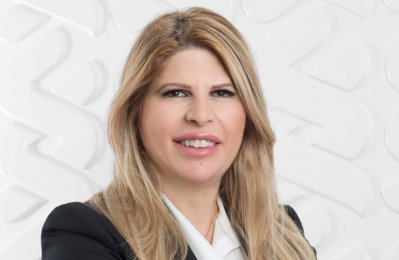 The UAE will require AED2.5 trillion ($671.1 billion) to transition to net-zero, according to a new research report by Standard Chartered  which looks at the transition financing gap for emerging markets and how to close it.

The study titled “Just in Time: Financing a  just transition to net zero” found that:

•    If the finance, the UAE needs to transition to net zero, is provided by developed markets, UAE household spending could increase by around AED 2 trillion ($551.2 billion) compared to self-financing
•    If emerging markets fund their own transition, without the contribution of developed markets, household consumption in these markets could fall by 5 per cent on average each year

While the UAE requires investment of around AED2.5 trillion ($671.1 billion) to transition to net zero, the report reveals that emerging markets as a whole need to invest an additional AED350 trillion ($94.8 trillion) – a sum higher than annual global GDP – to transition to net zero in time to meet long-term global warming targets.  This is on top of the capital already allocated by governments under their current climate policies.

Private investors can contribute over AED300 trillion ($83 trillion) of the AED350 trillion ($94.8 trillion) that is required – underscoring the urgent need for financial institutions to fulfil green and transition finance pledges.


However, the world’s top 300 investment firms with total assets under management of more than $50 trillion, have just 2 per cent, 3 per cent and 5 per cent of their investments in the Middle East, Africa and South America, respectively.

The report argues that to transition in the fairest way possible, greater collaboration is required in strategy, policy, and financing.  More importantly, banks need to live up to the pledges made during COP26 if ordinary households are to avoid bearing the costs of their market’s transition to net-zero.

The report looks at two pathways to closing the emerging market transition finance gap, self-financing by emerging markets and developed market financing, where capital is provided through grants and loans.

Exclusive emerging market self-financing would lead to higher taxes and an increase in government borrowing, meaning that families in emerging markets, including the UAE, will have less to spend on their everyday needs. However, developed market financing has the opposite effect.

However, developed market financing could see emerging market household spending increase by around AED6.25 trillion ($1.7 trillion) on average each year (compared to self-financing) and would also stimulate global growth – GDP could be around AED400 trillion ($108.3 trillion) higher cumulatively between now and 2060 if developed markets finance the transition. Emerging markets being able to reach net-zero without hampering their growth or prosperity would represent a just transition.

Rola Abu Manneh, Chief Executive Officer, Standard Chartered UAE, said: “The UAE is well positioned to capitalise on the major economic opportunities offered by the path to net zero. Reaching this objective would require a strong focus on ensuring economic prosperity throughout the transition process in addition to a great deal of investment.”

She added: “The public and financial sectors need to come together to help facilitate the flow of investment into Net Zero. Failure to deliver transition finance could mean climate goals are missed, therefore triggering an environmental catastrophe.”

Standard Chartered has committed to reaching net zero in our financed emissions by 2050, with interim targets for the most carbon-intensive sectors by 2030.

“We plan to mobilise more than AED1.1 trillion ($300 billion) in green and transition finance by 2030 to support the transition to net zero in the markets we can home, supported by our own Transition Finance Framework,” a Standard Chartered statement said.

“We are accelerating new solutions, including through a new dedicated Transition Acceleration Team to support clients in high-emitting sectors.” – TradeArabia News Service