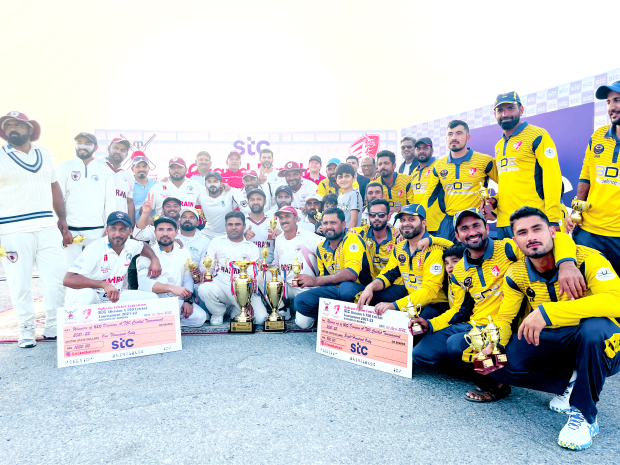 Winners and runners-up pose with officials

BCC A beat BDS Bassali by 66 runs in the Division A final of the Khalid Bin Hamad 50-Over League played at Isa town Ground.

BCC A, captained by Fahad Sadiq, elected to bat first and were in early trouble as the top order batsman returned back to pavilion without troubling the scorers. However, the middle-order batsman pulled the team out of trouble and they managed to score 255 runs for the loss of eight wickets. Haider Butt scored 116 runs in 119 balls and he received good support from Zubair Murtaza who scored 43 off 62 balls.

The finale was organised by Aadil Ahmed and Zaheer. Those interested in playing cricket may contact Aadil on 36343643.