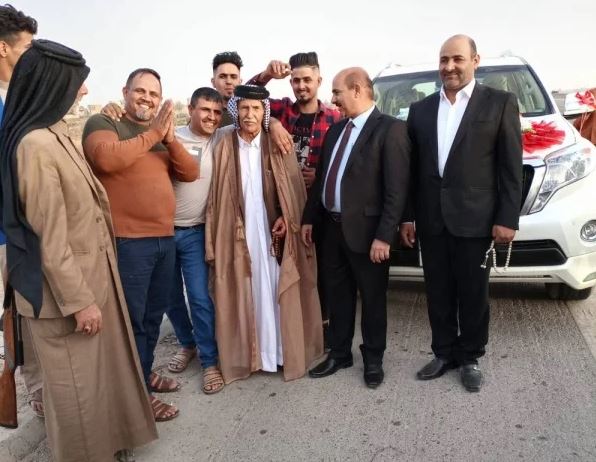 A 103-year-old Iraqi man has married a 37-year-old woman, in what is his third marriage.

The event, which took place in the Al-Diwaniyah Governorate has sparked widespread interest.

Mikhlif Farhoud Al-Mansoori was married in the presence of his family and friends in the remote village, which is 180 kilometres away from the capital city of Baghdad, local media reported.

"My father married for the third time during his life, and he was born in 1919. When his first wife died in 1999, he married another woman, and have children from her as well," his son Abdul Salam said.

"At the end of last year, and at the beginning of this year, a problem occurred with his wife, so she went to her family's house, and she did not return despite the passage of several months.

"So the father asked us to find another woman for him, which is what actually happened.

"The choice fell on a beautiful woman, born in 1985, and she got engaged, and after that a henna party was held for him and then marriage. His remaining nine children, grandchildren and great-grandchildren participated in his wedding," he added.