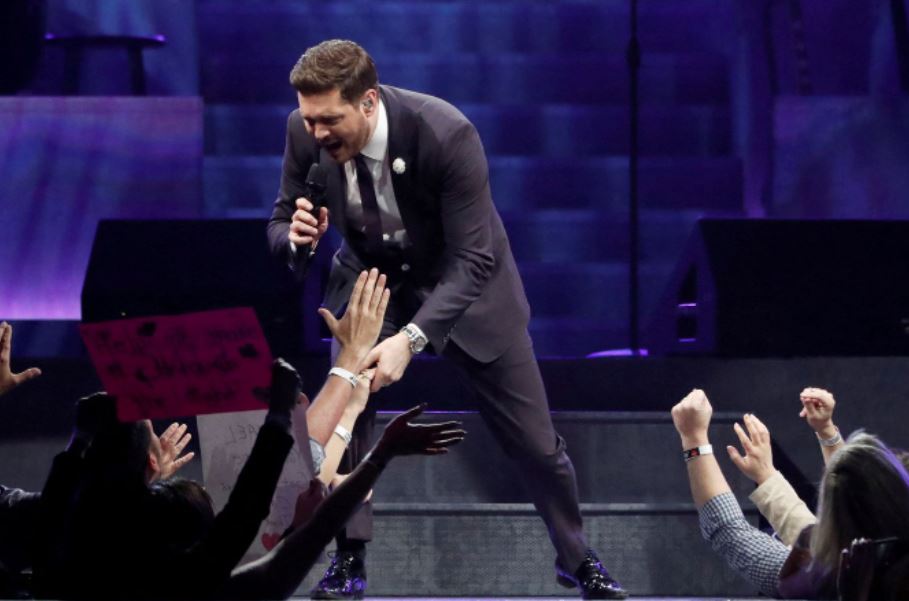 “I was just so excited to, to try things to, to be things to not only to, to go to places where I might have feared to go earlier in my career or my life, but I was excited to rush in to the to the challenge.”

The Canadian singer said he strived to create innovative music.

“When I started, the goal was to make fresh music for an audience who, who had bought my records for 20 years. And I had no idea that by the end… it was fresh for me.”

The 13-track album was released on March 25 by Reprise Records, part of Warner Music Group, and features assists from Paul McCartney and Willie Nelson.

“Having someone like Paul, someone like Willie, take me under their wing and give me their blessing. Wow, hopefully, one day someone will think I'm one of those ducks too.”

In 2016 Buble and his wife, Argentine actress Luisana Lopilato, announced that their oldest son Noah, who was three years old at the time, had been diagnosed with cancer. He has been in remission since 2017.

The music video for the lead single, 'I’ll Never Not Love You' was inspired by the singer's love of cinema and features romantic scenes from popular movies.

The couple used the end of the video as a birth announcement that they are expecting a fourth child.