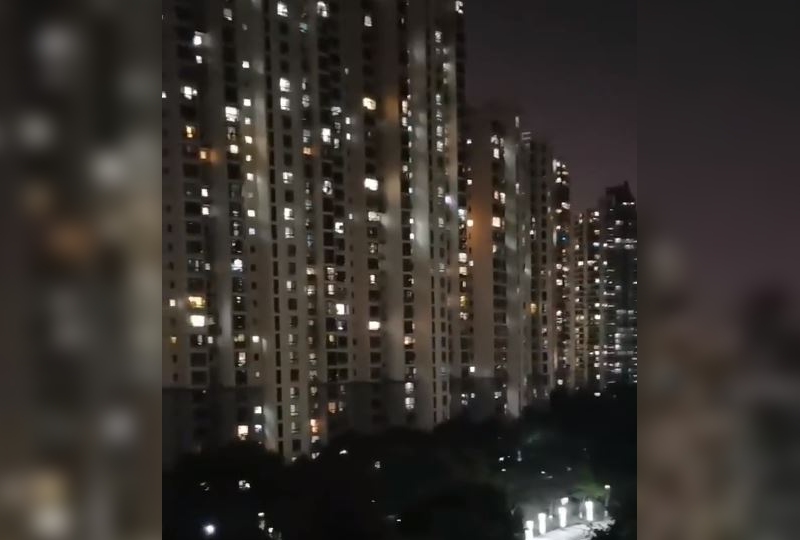 Shanghai residents, frustrated with the living under a week of total lockdown under the city’s strict 'Zero Covid' policy, were filmed screaming from the windows of their apartment blocks, according to videos posted to social media.

Shanghai has been under a blanket lockdown since April 5, previously imposing complete shutdown over several parts of the city.

In a video posted to Twitter, the user claims the clip was taken by the father of his close friend who reported that "people (are) screaming outside of their windows after a week of total lockdown" because they "can't even step outside their apartments".

What the?? This video taken yesterday in Shanghai, China, by the father of a close friend of mine. She verified its authenticity: People screaming out of their windows after a week of total lockdown, no leaving your apartment for any reason. pic.twitter.com/iHGOO8D8Cz

The strategy has incited complaints from its 25 million residents growing increasingly frustrated as curbs drag on, leaving some struggling to find enough food and medicine.

Residents have had to repeatedly take Covid tests and are prohibited from leaving their homes "for any reason" including to get food.

Epidemiologist and health economist Dr Eric Feigl-Ding said on Twitter, “the narrator worries that there will be major problems. (in Shanghainese dialect—he predicts people can’t hold out much longer—he implies tragedy.)”

Shanghai will start easing lockdown in some areas from Monday as authorities strive to get the city moving again after more than two weeks.