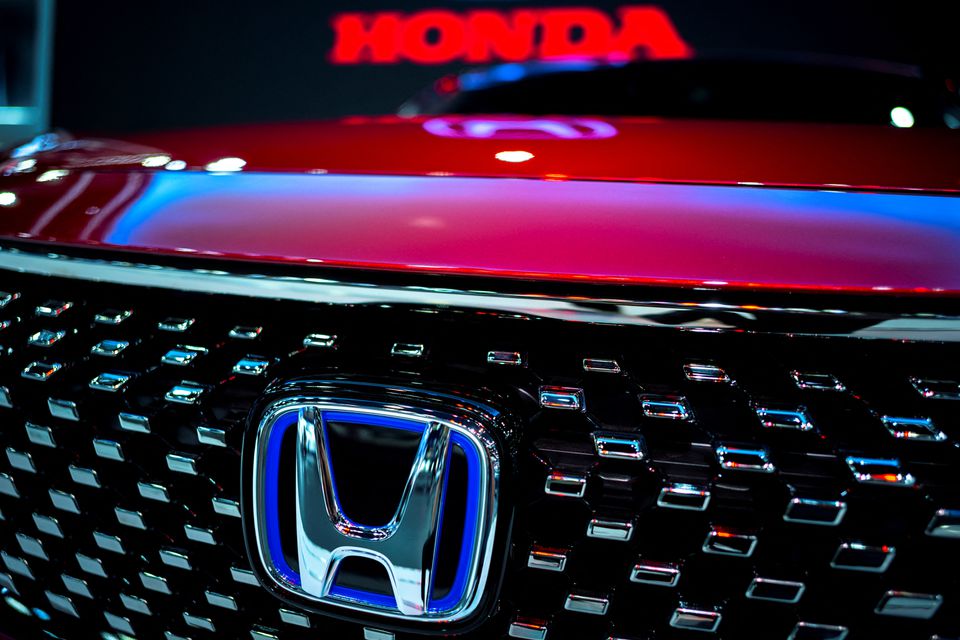 Japan's Honda Motor Co Ltd (7267.T) plans to spend $64 billion on research and development over the next decade, the company said on Tuesday, laying out an ambitious target to roll out 30 electric vehicle models globally by 2030.

Its goals include producing some 2 million electric vehicles a year by 2030, aiming to gain share in the fast-growing market for electric vehicles, led by Tesla Inc (TSLA.O), while Japanese automakers risk falling behind European and U.S. rivals.

"As far as resource investments over the next 10 years go, we're going to invest about 8 trillion yen in research and development expenses," said Honda Chief Executive Toshihiro Mibe, referring to the equivalent to $64 billion.

It is also considering a separate joint venture company for battery production there, aside from its GM partnership.

Last week Honda said it and GM would develop a series of lower-priced electric vehicles based on a new joint platform, expanding on plans for GM to begin building two electric SUVs for Honda starting in 2024.

The push towards electric vehicles has prompted it to hunt for partners to optimise costs and share technology.

"This puts them in good company with a lot of other makers that have made big battery announcements ... ultimately the world is going to leave internal combustion engines behind," said Christopher Richter, an analyst at CLSA.

"Given their size, I am glad they are cooperating with General Motors."

The bulk of the 8-trillion-yen investment is earmarked for electrification and software technologies. That includes about 43 billion yen on a demonstration line for production of solid-state batteries, targeted to start in spring 2024.

Proponents of hybrids point to the many markets, especially in emerging countries, where the infrastructure to support battery electric vehicles will be a long time coming.

"By no means is this the end of hybrids and the replacement of all hybrids with EVs," Mibe told the presentation.

"We will develop our current hybrids and use them as a weapon in our business."

This is because Toyota Motor Corp (7203.T) has already targeted sales of 3.5 million such vehicles by 2030 and Nissan Motor Co (7201.T) has aims for half its cars to be electric by the end of the decade.

Just a year into the job, Honda boss Mibe has already made a number of bold pronouncements.

In March, the company said it would team with Sony Corp (6768.T) to develop and sell electric vehicles, aiming to start selling the first model in 2025. read more

Last year he unveiled a 2040 target for electric and fuel cell vehicles to make up all of global sales. read more