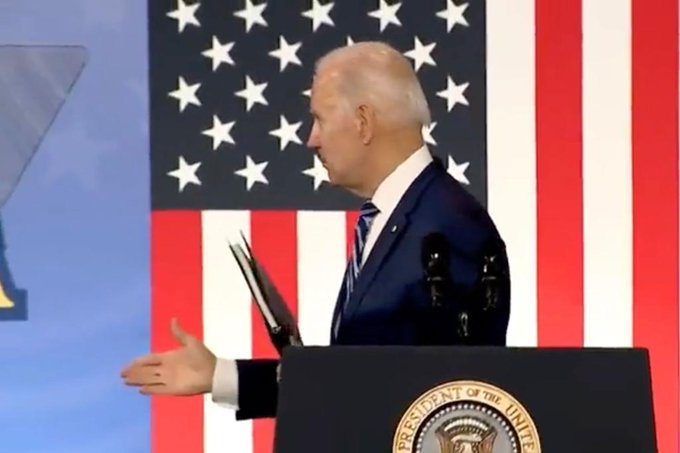 A video of US President Joe Biden appearing to turn to shake someone’s hand after a speech has left the Internet puzzled.

There was no one on the stage beside him at North Carolina Agricultural and Technical State University in Greensboro where he delivered a 40-minute speech. As seen in the video, the 79-year-old Democrat leader finished the speech, then turned right with his hand stretched out in a handshake position.

After #Biden finished his speech, he turned around and tried to shake hands with thin air and then wandered around looking confused😂 pic.twitter.com/2236VlhpXQ

But there was no one on stage who could respond to the US President’s gesture.

No one from the applauding crowd approached the President to exchange the pleasantry. Biden also looked lost on the stage and bizarrely turned his back to the audience as the speech ended.