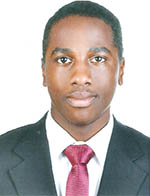 SWIMMER Farhan Saleh will be carrying the Bahrain flag at today’s opening ceremony at the 2016 Rio Olympic Games.

This was confirmed last night by members of the Bahraini delegation in Brazil.

Bahrain will have one of the smaller teams parading at Maracana Stadium. It is understood that joining Saleh at the inauguration will be women’s swimmer Fatema Almahmeed and team officials.

A total of 206 nations are scheduled to join in today’s festivities.

Saleh will be following in the footsteps of other prominent athletes who have had the honour of carrying the Bahrain flag in past Olympic opening ceremonies. In 2012, women’s shooter Azza Alqasimi was the flag-bearer, while in Beijing in 2008, multi-titled women’s sprinter Ruqaya Al Ghasra led the team out in the Parade of Nations.

Most of the kingdom’s athletes are yet to arrive in Rio, with their competitions scheduled to begin only over the next several days. Bahrain is competing with its biggest-ever delegation in the Olympics, with 40 athletes qualifying and 32 of them set to get into action.