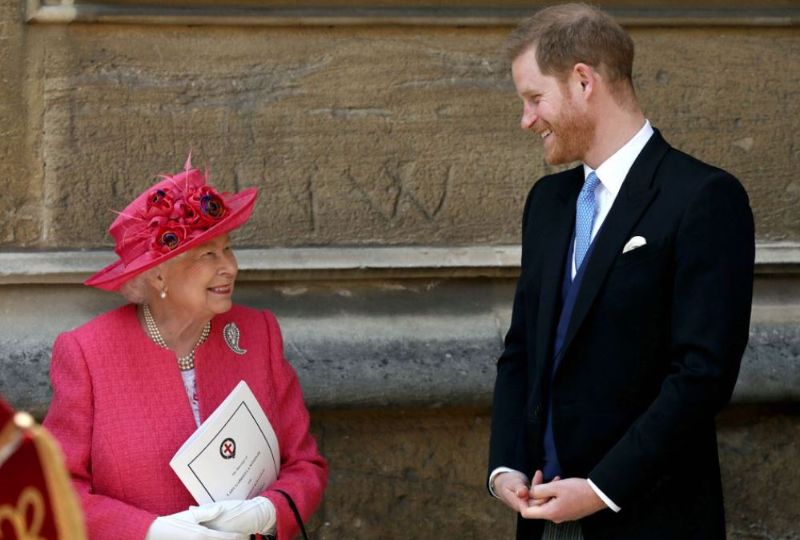 LONDON- Britain's Prince Harry said he made sure that Queen Elizabeth had the "right people around her" and was "protected" when he met the British monarch during a rare visit to Europe last week.

Harry and his wife Meghan met the queen at Windsor Castle on their first trip to Britain since quitting royal duties in March 2020, and after the couple sent shockwaves through the royal family with an explosive interview to Oprah Winfrey last year.

"Being with her, it was great," Harry said in an interview with a co-anchor of Today, NBC's morning programme, given during the Invictus Games in the Hague.

"I'm just making sure that she's, you know, protected and got the right people around her," he said. "You know, home — home for me, now, is ...for the time being, in the States."

Harry, Meghan and their two young children live in California. Harry returned to Britain for his grandfather's funeral a year ago, but he did not attend a recent memorial service due to a dispute with the government over security.

The queen, who turns 96 on Thursday, has largely stepped out of the public spotlight after she spent a night in hospital in October for an unspecified ailment and was then ordered by doctors to rest.

She tested positive for Covid in February and was described as having had mild, cold-like symptoms.

While continuing to hold meetings online with diplomats and officials, she has missed several large events such as the Remembrance Sunday gathering and Easter service.

"She's always got a great sense of humour with me."