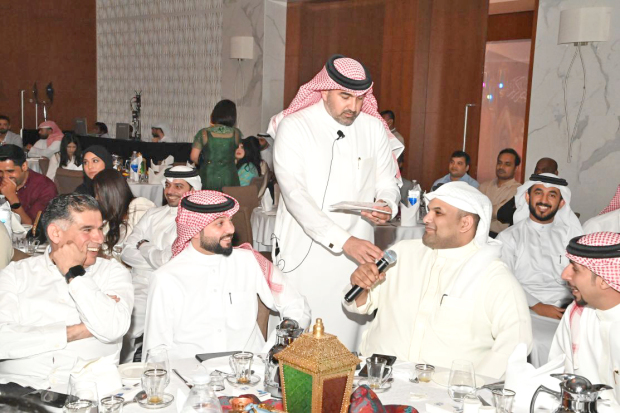 Attendees participate in one of the activities.

The event was attended by NBB chairman Farouk Yousuf Khalil Almoayyed, members of the executive management as well as bank employees, their families and friends.

More than 750 people participated in the event organised by NBB’s social committee, making it one of the largest Ramadan gatherings in the kingdom this year.

Interactive entertainment included quizzes, prizes and a raffle draw. Members of NBB’s Neqsatna team were also awarded for their efforts during the launch of the initiative’s second edition.