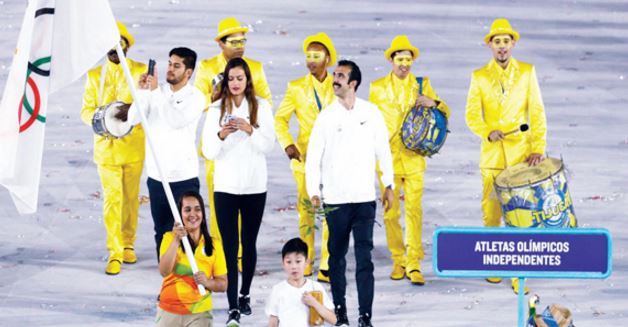 Kuwait: The 2016 Olympic Games opened on Friday and the feeling was bittersweet for Kuwaitis who joined other nations in watching the biggest sporting event unfold in Rio de Janeiro.

It was really a painful moment for Kuwaitis as they see their national delegation parade under the Olympic banner instead of hoisting their own national flag, the symbol of their sovereignty as an independent country – all that due to the international ban.

Kuwait was also suspended by the IOC before London 2012, but the ban was lifted two months before the Games.