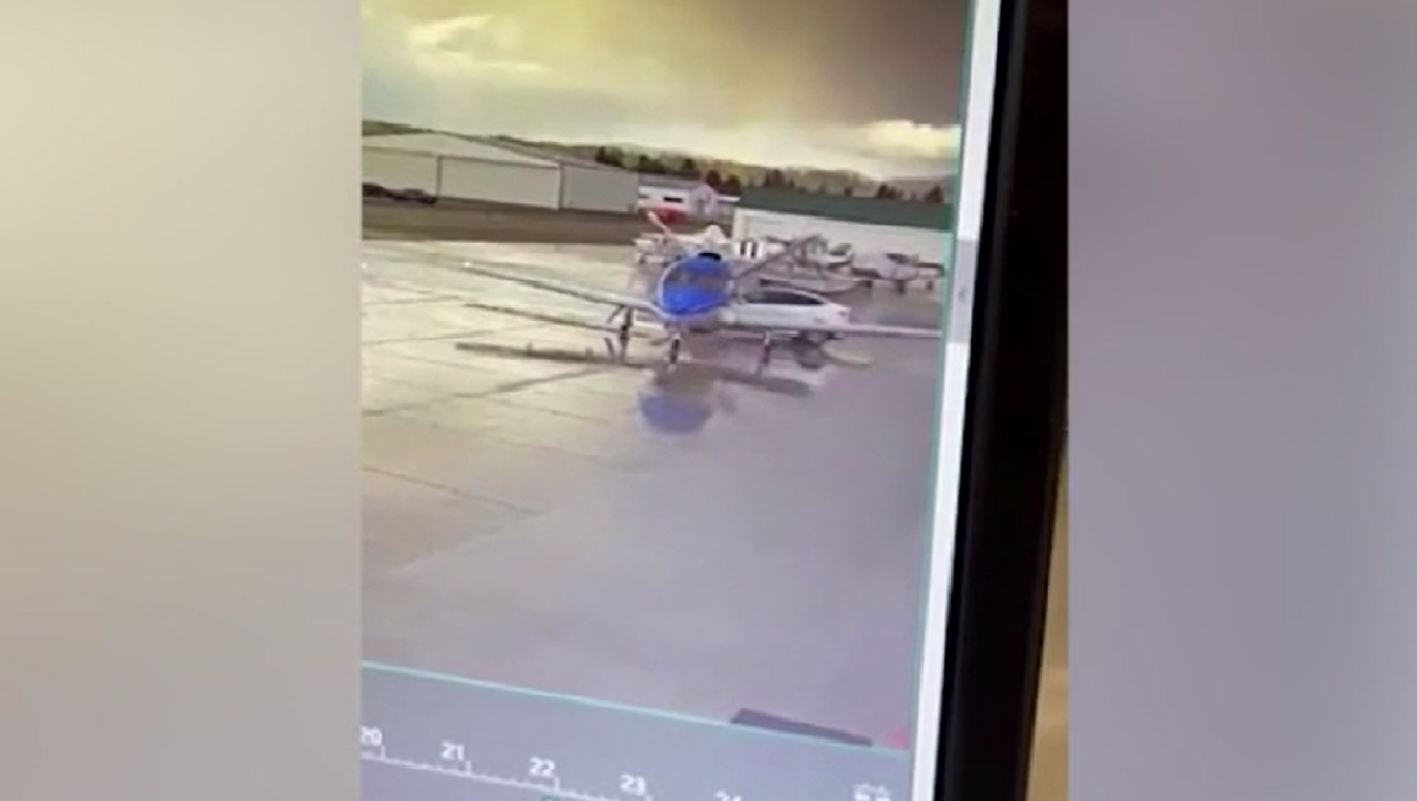 The moment the Tesla car crashed into the jet

WASHINGTON: A driverless Tesla was filmed crashing into a $2 million private yet while being ‘summoned’ across a Washington airfield by its owner.

The rogue Model Y kept on going after slamming into the Cirrus Vision at the airfield, believed to be in Spokane, according to a report on Daily Mail Online news site.

The plane spins around almost in a 360 after being struck by the Tesla, which continues in motion before three unidentified people show up, presumably to stop it. No injuries were reported from the incident.

A post on Reddit said that the car was in what Tesla calls ‘Smart Summon’ mode in which owners can manipulate their cars’ forward and backward progress straight into or out of a tight parking space via their smart phones.

Tesla warns users that: ‘Those using Smart Summon must remain responsible for the car and monitor it and its surroundings at all times.’

This is far from the first time Tesla’s self-driving models have gone haywire and caused chaos.

In February, a Tesla Model 3 car in ‘Full Self-Driving’ mode has been captured colliding with a bike lane barrier post.

The footage was captured during a drive in San Jose, California, by a YouTuber who goes by the name AI Addict, and provides the first recorded evidence that Full Self-Driving, or FSD, has been directly responsible for an accident.

The latest version of the Tesla’s self-driving software, FSD Beta version 10.10, can be seen veering the Model 3 into the bollard separating a bike lane from the road.

Even though the driver is hitting the brakes and furiously spins the steering wheel away from the obstacle, the AI-powered FSD system hits the bollard with a big thud.

Worryingly, at other points in the video the Model 3 appears to run a red light and attempts to go down a railroad track and later a tram lane because of the software.

That video came shortly after Tesla was forced to recall nearly 54,000 cars and SUVs this month because their full self-driving software was letting them pass stop signs.

AI Addict posted the nine-minute video of the drive to YouTube on February 5. The crash takes place at around the three-and-a-half minutes mark.

The YouTuber appears to be in the front seat behind the wheel, accompanied by a passenger in the back seat.

Tesla CEO Elon Musk claimed only last month that the FSD Beta system had never had an accident, but the new footage offers proof that this is no longer the case.