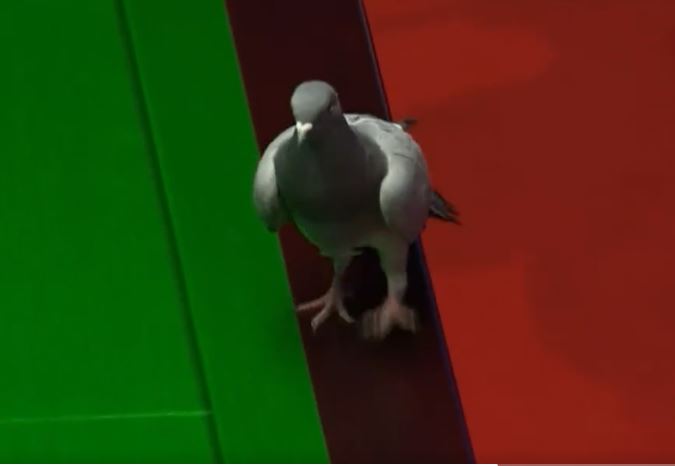 A pigeon caused a bizarre delay midway through Mark Selby's second-round World Championship match against Yan Bingtao on Friday, delighting and amusing the players, officials and the crowd at the Crucible in Sheffield.

After five frames with Yan leading 3-2, the bird flew towards him before landing on the top cushion and strolling along the match table towards the middle pocket.

"There is a pigeon, yes, you heard that correctly, a pigeon in the Crucible Theatre," John Virgo said while describing the action on BBC. "Absolutely extraordinary... It looked for a moment as though Yan Bingtao had had a towel thrown towards him.

"It was the arrival of an unwanted feathered friend. Absolutely incredible. We have seen some things at the Crucible before but we have never seen that. How on earth are they going to get it out?"

The pigeon was ushered out of the arena through the players' entrance and surprised Selby by almost flying into the reigning champion, who was returning to the theatre at the time. "It's gone to the dressing room," Selby chimed in.

The bird then made its way backstage, where it was caught by a member of staff.

"Those pigeons will do anything for a free ticket. This is unbelievable," former world champion Ken Doherty said while commentating.