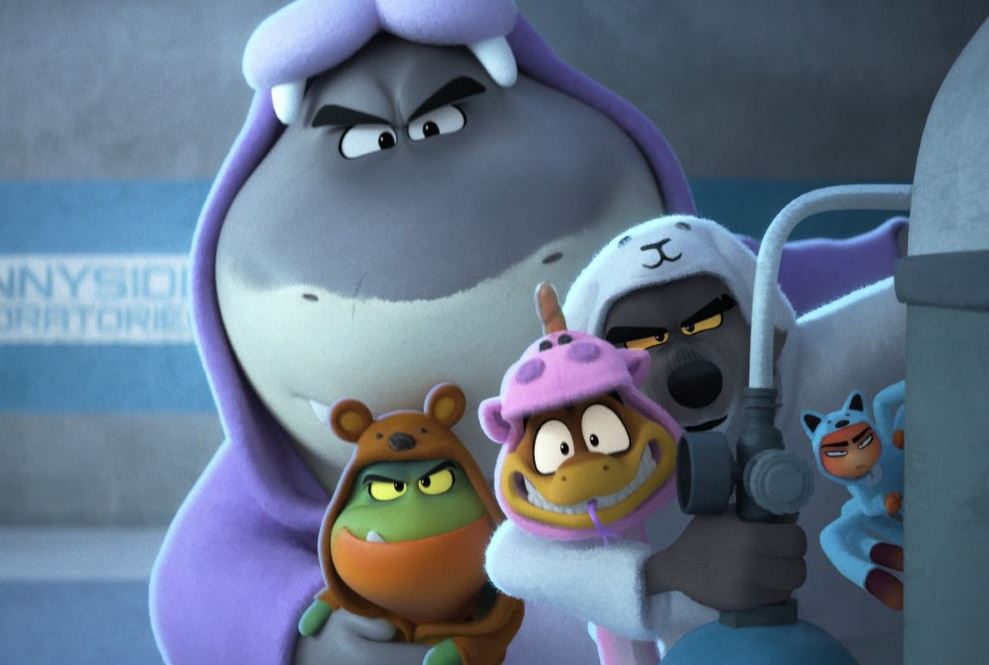 Universal's kid-friendly caper "The Bad Guys" pulled off a heist for the ages, capturing the No. 1 spot at the domestic box office.

The animated comedy has collected $24 million from 4,009 North American theaters in its debut, enough to take the crown from "Fantastic Beasts: The Secrets of Dumbledore."

In its second weekend of release, the latest chapter in the "Harry Potter" prequel series plummeted to third place with $14 million, a troubling sign for the Warner Bros.' Wizarding film franchise.

"The Bad Guys" may have towered over the competition, but it was not the only newcomer to movie theater marquees. "The Northman," a blood-soaked Viking epic from director Robert Eggers, and "The Unbearable Weight of Massive Talent," a meta comedy in which Nicolas Cage plays a fictionalized version of himself, opened in theaters nationwide to varying results.

With three original movies in wide release, this weekend indicates that Hollywood does, indeed, still have new ideas - but audiences aren't always willing to make the trek to watch them.

'The Bad Guys' carries a $70 million price tag, so although the Dreamworks Animation film has topped the box office, it may have to claw its way to profitability in its theatrical run.

The international box office will be critical to getting into the black. Already, the movie has grossed $63 million overseas, bringing its global tally to $87.1 million.

It helps that in addition to strong reviews, audiences appear to be high on the film, which secured an 'A' CinemaScore from ticket buyers.

Sam Rockwell, Marc Maron, Anthony Ramos, Craig Robinson and Awkwafina lead the voice cast of 'The Bad Guys,' which follows a crackerjack crew of animal outlaws as they attempt their most challenging con yet - becoming model citizens.

The movie reportedly cost $90 million, though sources close to the production say the final number was closer to $70 million after factoring in tax incentives.

And Focus Features, who split the cost with New Regency, did not skimp on promotional efforts.

"Reviews are excellent, but with a budget of around $75 million, 'The Northman' will struggle to recover costs," said David A Gross, who runs the movie consulting firm Franchise Entertainment Research.

"The Unbearable Weight of Massive Talent," from Lionsgate, took the number five spot with $7.1 million, a wobbly start given its reported $30 million budget.

Directed by Tom Gormican, the wacky buddy comedy of sorts follows Cage, whose star is declining as a billionaire super fan (played by Pedro Pascal) offers him $1 million to attend a birthday party in the Maldives.

When events take a turn, Cage teams up with the CIA and channels his most beloved movie characters to save his family from his biggest fan, who may be a dangerous arms dealer.

Despite stacked competition, Paramount's family friendly sequel 'Sonic the Hedgehog 2' sped past 'Fantastic Beasts 3' and others to land in second place with $15.2 million from 3,809 venues.

After three weeks in theatres, the 'Sonic' follow-up has generated a mighty $145.8 million.

The film is less than $3 million away from surpassing its predecessor's $148 million pre-pandemic domestic box office total, though 2020's 'Sonic the Hedgehog' likely would have enjoyed a longer run on the big screen without Covid-19 spoiling those plans.