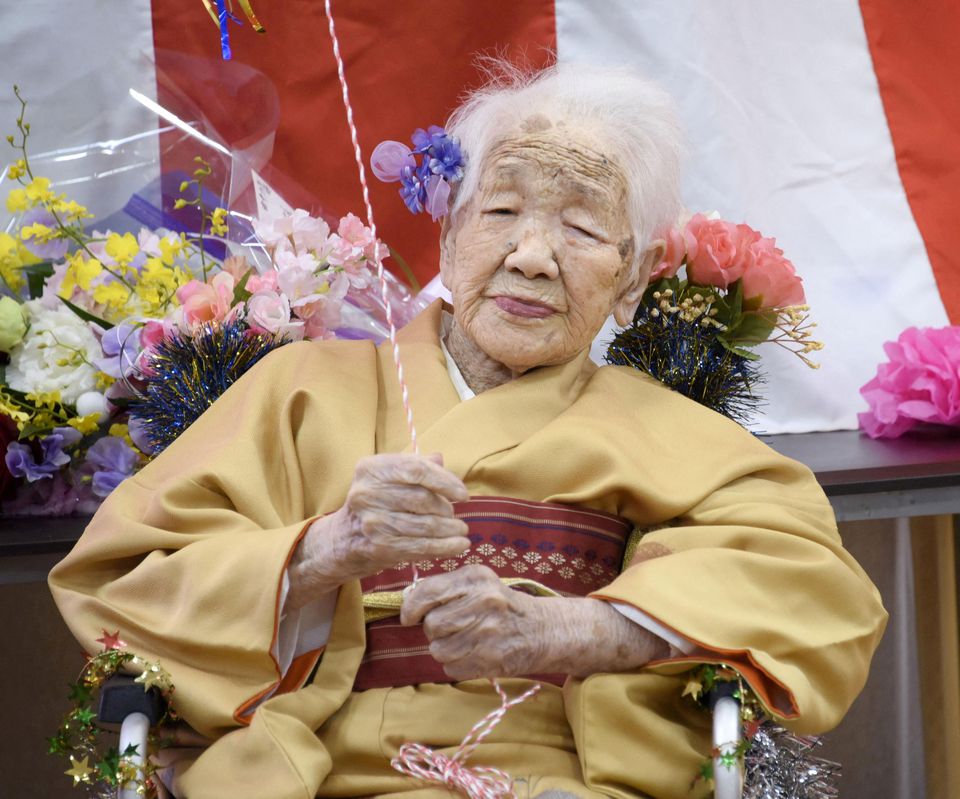 Kane Tanaka, born in 1903, smiles as a nursing home celebrates three days after her 117th birthday in Fukuoka, Japan, in this photo taken by Kyodo January 5, 2020. - Reuters Photo

A Japanese woman believed to have been the world's oldest person has died aged 119, public broadcaster NHK said on Monday, reporting the death of Kane Tanaka.

Born on Jan. 2, 1903 - the year of the Wright Brothers' first controlled flight of their motor-driven airplane - Tanaka was confirmed by Guinness World Records in 2019 as the oldest living person.

She died of old age at a hospital in Fukuoka city, western Japan, on April 19, NHK said. During her life, she had been partial to chocolate and fizzy drinks, NHK said.

Japan has a dwindling and rapidly ageing population. As of last September, the country had 86,510 centenarians, and nine out of every 10 were women.