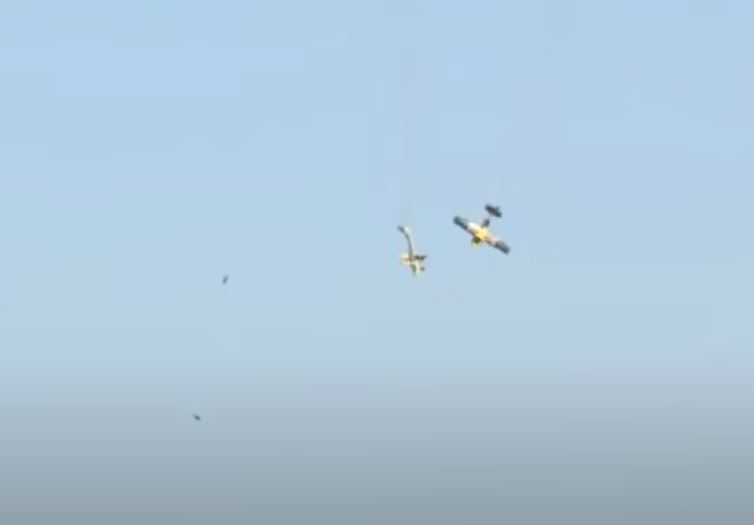 A hazardous ‘plane swap’ stunt attempted by two American cousins, Luke Aikins and Andy Farrington, went awry when one plane spiralled out of control as the two pilots were thousands of feet in the air.

Both pilots were safe with no reported injuries, according to the stunt’s sponsor Red Bull.

On Monday, Aikens and Farrington were set to send their single-engine Cessna 182 planes into tandem nosedives at 14,000 feet over Phoenix, USA, and then jump out mid-air to switch planes.

Aikins was able to successfully get into his plane, but Farrington was unable to as the other plane spiralled out of control.

Farrington, who could be heard saying the "blue plane is out of control" in the footage from the stunt, then deploys his parachute and safely lands in a remote area.

The out of control plane had a parachute as well which automatically activated before touching the ground.

The stunt was attempted after a year of planning and preparation on planes which were equipped with custom-built autopilot systems to help them remain on the correct trajectory.

They were also fitted with a speed brake and larger wheels to slow the rate of descent and ensure that the skydivers could catch up to the planes, said Red Bull.