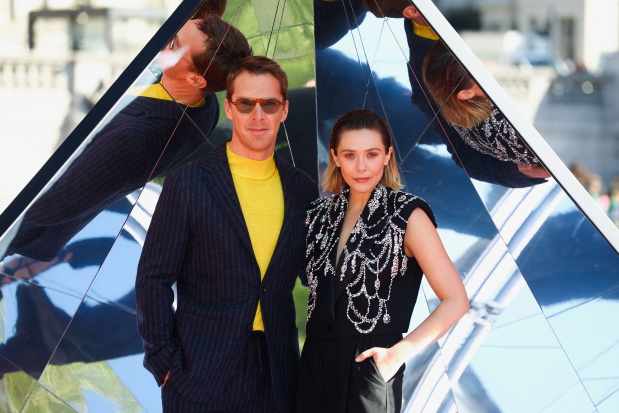 LONDON - Oscar nominee Benedict Cumberbatch reprises his superhero role in "Doctor Strange in the Multiverse of Madness", in the hotly-anticipated sequel which has fans guessing which Marvel characters might make surprise appearances.

The movie, which begins its global cinema rollout on May 4, sees Cumberbatch's Doctor Stephen Strange travelling into the multiverse, allowing for different versions of himself.

"It's just a riot, it's the usual mixture of pathos and humour and some issues that are relatable to all of us, and some extraordinary things," Cumberbatch told Reuters at fan event in London on Tuesday.

"The fact the character is a gateway to a lot of other characters in quite a crowded film, but also to the epic nature to what the multiverse brings to storylines means it really does deserve to be seen on a big screen."

The film also stars Benedict Wong as Strange's trusted friend Wong and Elizabeth Olsen as Wanda Maximoff, a role she played in several Marvel movies as well as series "WandaVision".

"We are creating new opportunities, opening up the Multiverse for I think the rest of the MCU (Marvel Cinematic Universe) which is very exciting to me and I have no idea where our stories lead ever, and so I am curious to see where we go from here," she said.