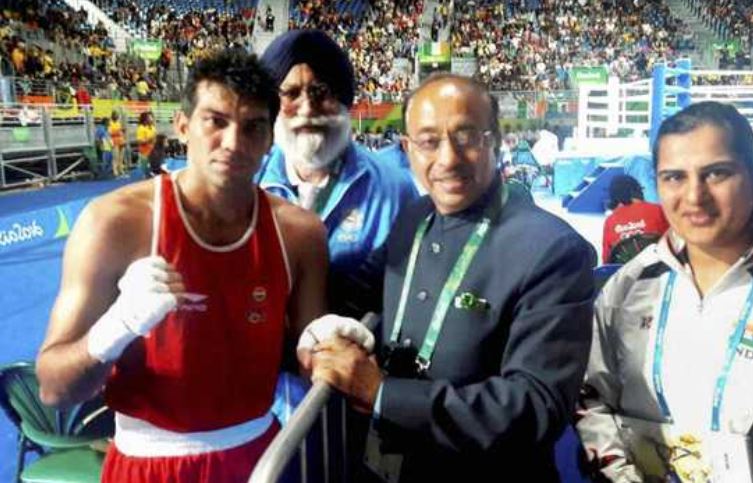 Rio de Janeiro: Threatened with disqualification for not wearing vests bearing their country's name, Indian boxers at the ongoing Olympics have got their kits replaced as required by the International Boxing Association (AIBA) and will now compete without any hindrance.

The AIBA officials had pointed out the "technical flaw" after Manoj Kumar's victory in his light welterweight (64kg) opening contest against Lithuania's Evaldas Petrauskas last night.

"It was pointed out to us and it has been sorted. It is a very normal issue, lot of countries face this problem of their kits not being up to it. In such instances, the organisers themselves provide the replacements," national coach Gurbax Singh Sandhu told PTI.

Indian boxers have been allowed to compete under the tri-colour at the Games despite the suspension imposed on the country's national federation.

So far, Vikas Krishan (75kg) and Manoj (64kg) have won their opening bouts to enter the pre-quarters of their respective categories.