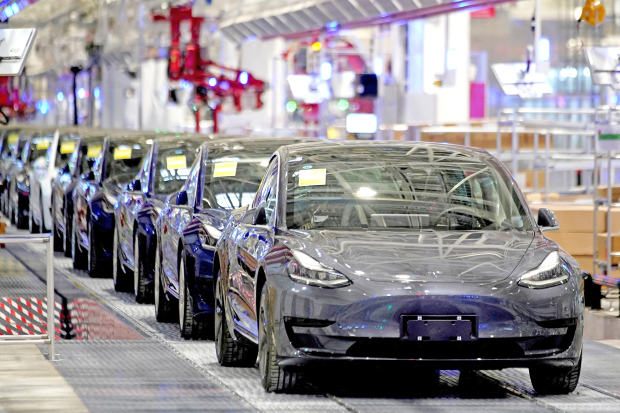 SHANGHAI: Shanghai authorities helped Tesla transport more than 6,000 workers and carry out necessary disinfection work to reopen its factory last month amid the city’s lockdown, according to a letter that Tesla sent to local officials.

The letter, dated May 1 and addressed to local authorities in Shanghai’s Lingang Special Area, outlined the lengths to which the city went to help Tesla, indicating the US carmaker’s importance to Shanghai as the city tries to restart business while curbing the spread of Covid-19.

Tesla reopened its factory in Shanghai on April 19 after a 22-day stoppage, with state media widely covering the event.

In its letter, Tesla thanked Lingang officials for their support, and described how a company run by the Lingang Group had arranged buses to transport 6,000 workers of Tesla and its suppliers to the factory, and carried out disinfection work needed for the company to enter “closed loop” production.

“They fought for three consecutive days, working round the clock and non-stop to guarantee our company’s workers could return to the factory,” Tesla said in the letter.

The letter also outlined how Tesla planned to further expand its plant in Shanghai. The company will build a new plant on nearby land in the same area, which is poised to add an annual capacity of 450,000 cars, including Model 3s and Model Ys, becoming “the world’s largest vehicle export hub”, the letter said.

The Shanghai plant delivered 484,100 vehicles throughout 2021, Tesla has said previously.

Numerous factories were shut after Shanghai went into lockdown from March to combat the spread of Covid. While some have started reopening, getting workers back has proven difficult as some restrictions remain for others.

The 22-day shutdown of Tesla’s Shanghai factory was its longest since it began production in late 2019, and caused an output loss of more than 50,000 vehicles, according to calculations based on Tesla’s output plans.

Tesla makes its Model 3 and Model Y vehicles in Shanghai, serving the Chinese market and acting as an export hub to Germany and Japan.