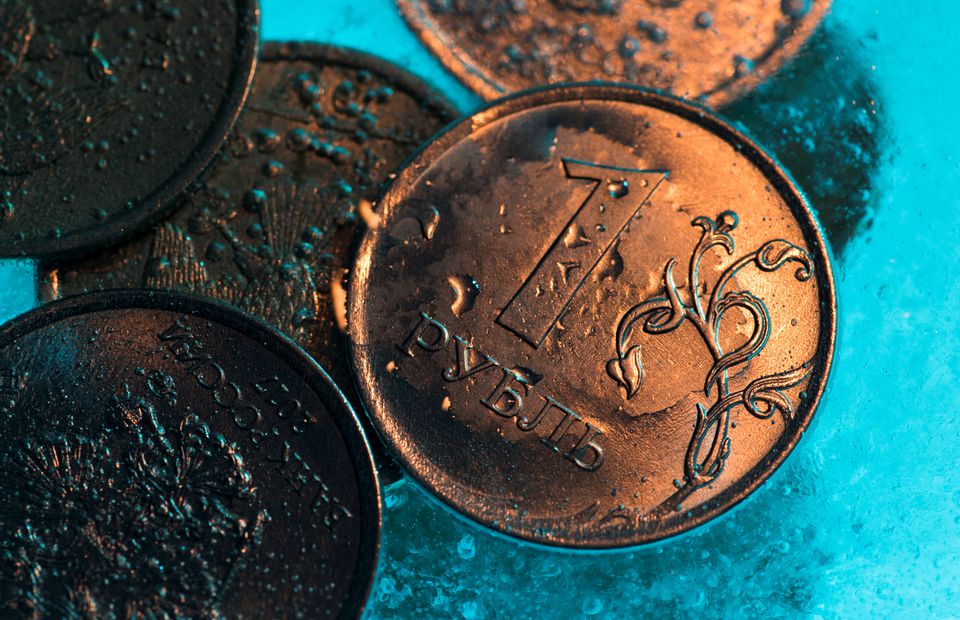 London: Russia narrowly avoided a debt default last week, but markets are still priced like it’s on the brink.

Bonds are stuck at distressed levels and five-year credit default swaps put an 87 per cent chance of a default. Those odds are lower than in April, but still elevated.

The trend of international governments toward tougher sanctions and more widespread restrictions is keeping investors in the dark about the likelihood of them getting their hands on the future payments they’re owed. Even if Moscow keeps pushing to get money through the labyrinth of rules, success is far from guaranteed.

“Russia will likely default eventually,” said Elena Daly, founder of EM Conseil, a Paris-based advisory firm specializing in sovereign debt management. “In 2008-09 we saw how quickly forex reserves could melt. It is not just the upcoming debt service payments, Russia also needs to fund the war machine and vital imports.”

The existing measures imposed against Russia after its invasion of Ukraine have already severely complicated payments, hindering and blocking the movement of money.

Creditors are looking to a crucial loophole that’s allowed investors to keep receiving bond payments. The exemption -- General License 9A, issued by the U.S. Office of Foreign Asset Control -- is due to close on May 25, two days before coupons equivalent to about $100 million come due.

Should the U.S. Treasury extend the waiver, Russia can keep paying via its unsanctioned banks so long as it has the dollars and other currencies available domestically. The U.S. casts that as a way to force Russia to burn through local savings. But for now, Moscow has plenty of cash, thanks to the billions flooding in weekly from its sales of oil, gas and other commodities, including to Europe.

But if the carve-out ends, and regulators in the European Union and U.K. impose similar restrictions, default would be back on the table as another important payment route gets cut off.

A potential default “will still be determined by Russia’s willingness to pay, but geopolitical and political considerations, as well as the situation on the ground, are just as important,” said Natalia Gurushina, an economist for emerging markets fixed-income strategy at Van Eck Associates Corp.

Right now, governments across the world are moving in the direction of tighter sanctions against Russia. The EU is proposing a ban on imports of Russian oil and reducing its dependence on the gas from the country, hitting a key source of funds for Moscow.

That’s keeping investor attention on every step Russia takes to service its sovereign debt. The two notes with payments on May 27 are trading below 30 cents, even though they have currency workarounds baked into their terms. Those options could be rendered irrelevant, however, if the U.K. and EU were to mirror a possible end to the U.S. carveout.

One of the bonds -- a dollar-denominated tranche maturing in 2026 -- allows for payment in euros, Swiss francs or pound sterling, as well as for interest payments in dollars to accounts in Switzerland, the U.K. or the EU. If the borrower were to opt for this alternative solution, it has give creditors a notice of at least five days, according to the bond documents.

The euro-denominated 2036 bond has an additional clause allowing payment in rubles. That’s little consolation for foreign investors: with international clearinghouses no longer processing Russian transactions, the funds would likely remain at Russia’s National Settlement Depository or be transferred to a ‘C type’ account in Russia opened in the bondholders’ name.

The next sovereign transfer stipulating payment exclusively in dollars is on June 24, when the interest on a 2028 sovereign note comes due, data compiled by Bloomberg show.