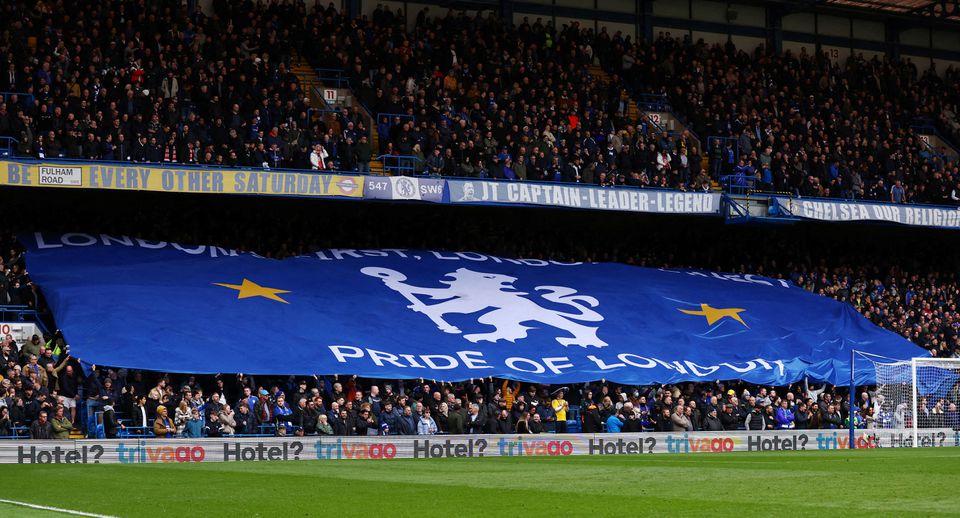 Chelsea fans arriving at Stamford Bridge a few hours after a private equity-backed deal to buy the club was announced welcomed the prospect of a return to stability but expressed concern about the motivations of the new owners.

Chelsea said in the early hours of yesterday that terms had been agreed with a group led by Los Angeles Dodgers part-owner Todd Boehly and backed by Clearlake Capital over a £4.25 billion ($5.2bn) deal for the reigning European champions.

Chelsea’s current owner Roman Abramovich put the club up for sale in early March after Russia’s invasion of Ukraine, which led to the British government sanctioning the Russian billionaire.

Jeff Oakley, a Chelsea fan since 1969, said he hoped the new owners would continue to plough money into the club, but he wanted more clarity about their plans.

The BBC reported that the new owners have agreed not to sell a majority stake in Chelsea until 2032 and had given assurances over dividends and debt.

Martin Farrier, a long-standing Chelsea season ticket-holder, said he would have preferred a British owner.

“But that’s because of the way the Americans appear to have run Manchester United into the ground, and I would hate that to happen here,” he said.

The Florida-based Glazer family have owned United since 2005 and have faced fan opposition from the moment they completed their takeover as the club failed to match its previous glittering form.

By contrast, Chelsea have been England’s most successful club since Abramovich bought the Londoners in 2003. But the turmoil over its ownership has coincided with a drop in form in recent weeks.

Chelsea were knocked out of the Champions League in April and are well adrift of Premier League leaders Manchester City. Next Saturday’s FA Cup final against Liverpool offers them one last chance of silverware this season.

Ferdinand Weiss, a 22 year-old student from Austria who came to London to see the team he has supported since he was a boy, said players who have decided to leave Chelsea, such as defender Toni Rudiger, might have stayed without the confusion.

“It’s good to bring some still water into the situation,” Weiss said.

As for the change in ownership, he said there was no perfect solution for a club as big as Chelsea in the increasingly lucrative world of sports business.