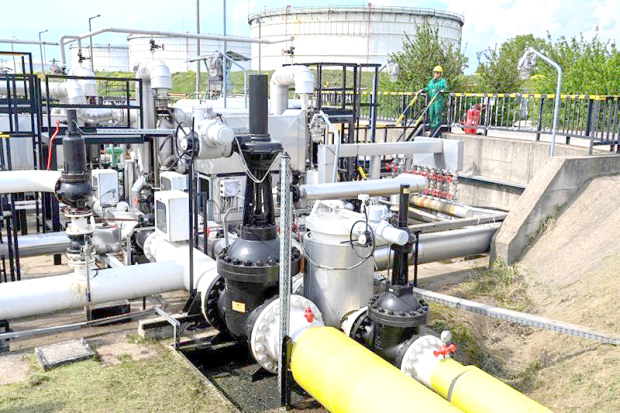 BRUSSELS: European Union governments moved closer yesterday to agreeing tough sanctions against Russia that include a ban on buying Russian oil, but scheduled more talks for today to work out how to ensure countries most dependent on Russian energy can cope.

Ambassadors of the 27 EU countries have been meeting daily to discuss details of the sixth sanctions package targeting Moscow over its invasion of Ukraine since the European Commission announced proposals for it on May 4.

“The Council (of EU governments) is united on the need to adopt a 6th sanctions package,” the French presidency of the EU and the Commission said in a statement. “Very significant progress has been made on most of the measures.”

The sticking point is how to secure oil supplies to landlocked Hungary, Slovakia and the Czech Republic, which all depend heavily on Russian crude delivered via Soviet-era pipelines and face a challenge to secure alternative sources.

“We still have work to finalize, in a spirit of solidarity, the guarantees which are necessary for the oil supply conditions of the Member States which currently find themselves in a very specific situation with regard to supply by pipeline from Russia,” the joint statement said.

To get all EU members on board, the Commission proposed changes on Friday to its planned embargo on Russian oil to give the three countries more time to shift their energy supplies, EU sources said.

Under the initial plan, all EU countries would stop buying Russian crude within six months and Russian refined products by the end of the year.

The tweaked proposal would give Hungary, Slovakia and the Czech Republic help to upgrade their refineries to process oil from elsewhere and delay their exit from Russian oil to 2024.

There would also be a three-month transition before banning EU shipping services from transporting Russian oil, instead of one month as initially proposed, to address concerns raised by Greece, Malta and Cyprus about their shipping companies, one of the sources added.