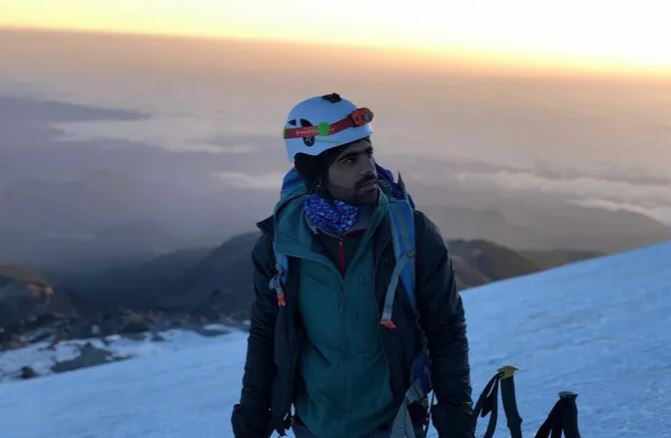 The 24-year-old was able to complete the climb within 119 days, according to the Guinness World Records.

"When I first asked my mom for the Guinness World Records Book as a kid, she told me she would only buy it if I had something amazing to make my way into it. I really don’t know if she meant it that time, but here we are living the dream," he told Guinness.

One of the main difficulties of ascending these mountains is the amount of gear you need to take with you, which can be extremely heavy, Mr Al Refaie said, adding that he had to carry a huge backpack as well as pull a packed sledge along behind him when climbing Mount Sidley at 4,285m.

"With a cost of around $60,000, and eight other people on my side, I was able to complete the Sidley mount. We were able to see sunlight, but the temperature was around -35˚C," he said.

"Each team member was carrying their own food, and eating at least three times a day, yet still constantly losing weight.

"We carried 27 meals each for this trip. Food alone was about 10kg in total. It was mainly dehydrated meals that are high in calories," he explained.

Mr Al Refaie climbed the volcanoes in the following order:

The feat makes him the 24th person globally to climb each continent’s tallest volcano, a rare achievement.