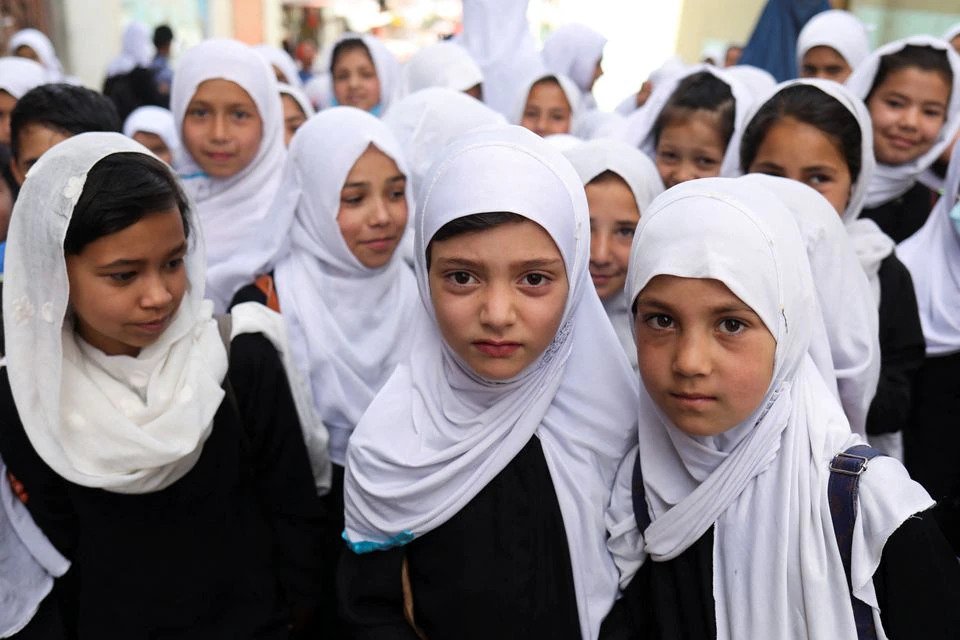 The United States will take steps to increase pressure on Afghanistan's Taliban government to reverse some of its recent decisions restricting the rights of women and girls if the hardline group shows no sign of rescinding the actions on its own.

"We've addressed it directly with the Taliban," State Department spokesperson Ned Price said in a briefing on Monday. "We have a number of tools that, if we feel these won't be reversed, these won't be undone, that we are prepared to move forward with."

He did not elaborate on the possible steps or indicate how the group, which has already implemented policies curbing 20 years of gains for girls' and women's rights, might have a change of heart.

The Taliban on Saturday ordered women to cover their faces in public, a return to a signature policy of their past hardline rule and an escalation of restrictions that are causing anger at home and abroad. read more

The ideal face covering was the all-encompassing blue burqa, the group said, referring to the garment that was obligatory for women in public during the Taliban's previous 1996-2001 rule.

The international community has made the education of girls a key demand for any future recognition of the Taliban administration, which took over the country in August as foreign forces withdrew.

Despite that, the Taliban has restricted girls and women from working and limited their travel unless accompanied by a close male relative. Most girls were also barred from going to school beyond seventh grade.

"We've consulted closely with our allies and partners," Price said. "There are steps that we will continue to take to increase pressure on the Taliban to reverse some of these decisions, to make good on the promises that they have made."

A key piece of leverage held by Washington over the group is the $7 billion in frozen Afghan central bank assets on U.S. soil - half of which the Biden administration is seeking to free up to help the Afghan people, the administration has said.

The United States and other countries have already cut development aid and sanctioned the banking system since the group took over, pushing Afghanistan toward economic ruin.

U.S. Special Representative for Afghanistan Tom West expressed "deep concern" over the Saturday decision in a series of tweets, while the U.S. Ambassador to the United Nations Linda Thomas-Greenfield said it was an "unconscionable" move.

Most women in Afghanistan wear a headscarf for religious reasons but many in urban areas such as Kabul do not cover their faces.