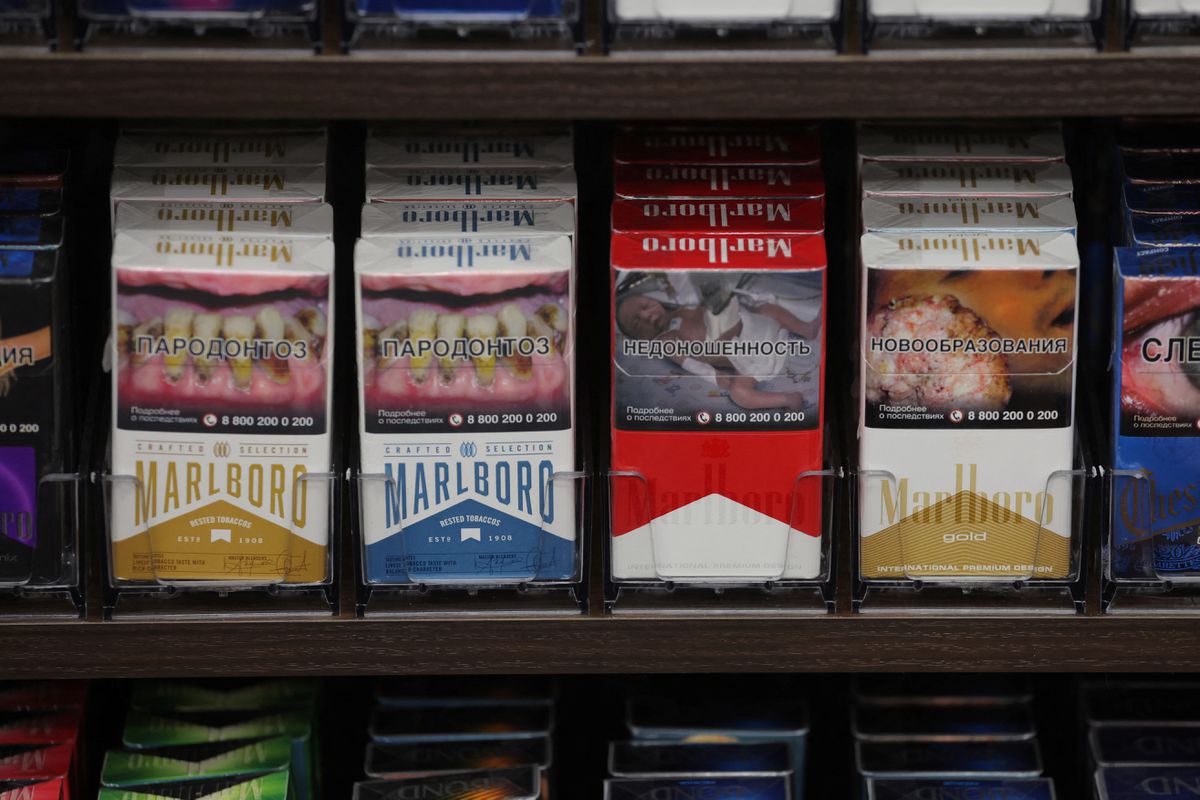 Packs of Marlboro cigarettes are on display in a shop in Saint Petersburg, Russia April 10, 2022. Reuters Photo

The offer value for the Stockholm-listed company amounted to approximately 161.2 billion Swedish crowns ($16 billion), the company said in a statement.

Swedish Match' shares leapt to a record high on Tuesday after PMI confirmed media reports it was in talks to buy it in a bet on the fast-growing market for cigarette alternatives.

The Swedish company makes most of its profit from Swedish-style snuff called "snus", but sales of its Zyn tobacco-free nicotine pouches are growing rapidly in Scandinavia and the United States as consumers become more health-conscious.

Acquiring Swedish Match would give PMI, which is US-based but does not sell its products in the country, access to a ready-made distribution network, taking on its former owners on its home market.

The Swedish Match board said in a separate statement it believed "the terms of the offer recognise Swedish Match’s long-term growth prospects, taking into account the risks associated with the realisation of those prospects".

The resolution was supported by all board members save one, a representative of trade union IF Metall, who argued Swedish Match had the competence and the experience to remain independent and that the offer did not reflect its long-term fundamental value.

Analysts at Credit Suisse said they had a positive view on the bid level. "(It) represents a circa 40% premium to previously undisturbed price (and 20% to all-time high)," they said in a note to clients.

PMI said the completion of the offer was conditional regulatory approval, and upon no other company making an offer that is more favourable to Swedish Match's shareholders.